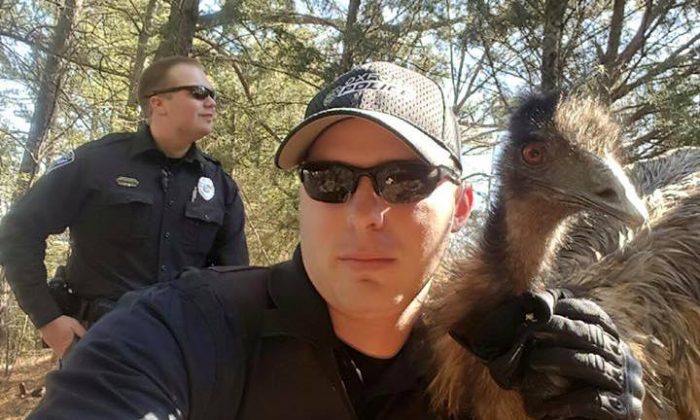 The Lafayette County Sheriff’s Department had been getting calls about a loose emu for days. Each time they tried to catch the big, flightless bird, it got away.

Deputy Chief Scott Mills tells The Oxford Eagle that it had been a pet, but the owners moved away.

Officer Cody Pruitt says a chase Friday ended when the bird got tangled in barbed wire.

Emu running through your yard? No problem for Officer Pruitt aka The Emu Whisperer!

He says its neck was merely scratched. He untangled it, made a leash from rope, and Mounted Patrol Commander David Misenhelter led the emu into a horse trailer.

Pruitt says a farmer who already had emus agreed to take the bird.