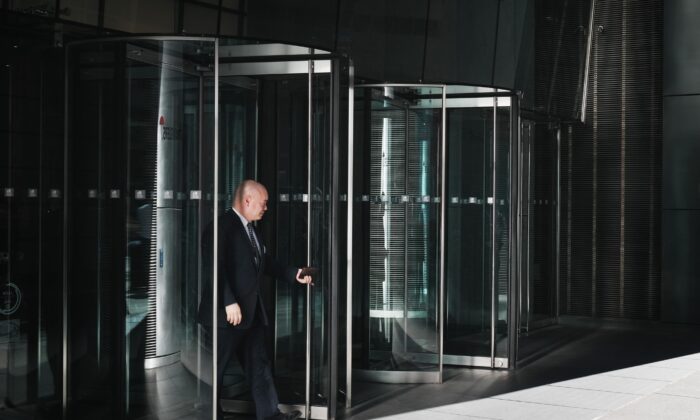 Manhattan offices emptied through the COVID-19 pandemic are coming back to life though they still have ways to go before getting to their pre-pandemic bustle.

More than 2.4 million square feet of Manhattan office space was leased in August, the most since January 2020. Asking rent price, at nearly $73 per square foot was about 9 percent below August 2019, according to data from the Colliers brokerage

Availability rate, at nearly 17 percent, was still more than 74 percent above what it was in August 2019, before the COVID-19 pandemic and the following government restrictions pushed office employees to remote work.

Moreover, the year-to-date lease total was only 13.9 million, barely above the 13.6 million in the same period in the disastrous 2020.

August office visits were still half of those in August 2019, according to an analysis by Placer.ai, a location analytics company, which looked at data on 40 office towers.

August to August 2019 retail visits were only down 5.3 percent city-wide, the report said, noting an uptick in tourism.

But if companies decided to only have office workers come in three times a week, businesses in the city would lose $1.25 billion in annual revenue and the city would come about $111 million short on taxes, according to the city’s Comptroller.

“The impact will be severely felt by the many small businesses that operate in the commercial districts which will face lower sales,” said the comptroller’s Oct. 19 release.

Office space demand has increased substantially among newer companies, established less than 10 years ago, reported GlobeSt, referring to a report by Newmark, real estate services company. These emerging growth companies boosted their footprint by 315 percentage points since the start of 2019.

Office occupancy directly affects the city finances because with weaker demand valuations of the buildings drop along with their property taxes.

The city has struggled with sunken tax revenues this year and the last. Despite stronger than expected revenues in fiscal 2021 as well as $15 billion in federal aid, outgoing Mayor Bill de Blasio is leaving his successor expected budget shortfalls of more than $4 billion starting in fiscal 2023. The gap is actually $5 billion a year if excluding “$1 billion in annual unspecified labor savings, which is nothing more than a ruse used to understate the magnitude of the City’s gaps,” the Citizens Budget Commission, a fiscal watchdog, said earlier this year.