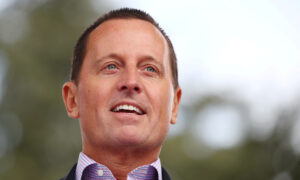 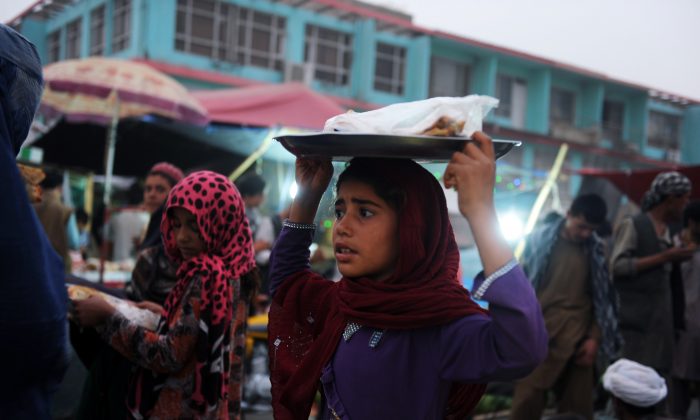 An Afghan girl sells a typical Afghan flat bread in the streets of Mazar-i-Sharif on July 1, 2014. (Farshad Usyan/AFP/Getty Images)
Opinion

A new report from the Bread for the World Institute, titled “When Women Flourish …We Can End Hunger,” states that women and girls are disproportionately affected by hunger and poverty because of discriminatory practices against them. The report calls on the U.S. government to prioritize gender analysis in all U.S. global health and development programs to expose and address the inequalities that women and girls face.

There are several ways in which discrimination against women is carried out. Discrimination explains why women in all sectors of the economy earn less than men, and why girls are taken out of school to work or to marry.

Discrimination against women is a major cause of persistent hunger. In developing countries, most women work in subsistence farming; in spite of that, however, women farmers work with much fewer resources than men. According to World Bank statistics, if female farmers had the same access to productive resources as male farmers, agricultural output could increase by 2.5 to 4 percent.

Policies and programs that empower women increase not only their earning potential, they also directly contribute to ending hunger. Providing women more resources could bring the number of hungry people in the world down by 100 miilion–150 million people, according to the U.N. Food and Agriculture Organization (FAO).

Although women feed and nourish their children, they receive little support in caring for them and for their households, a situation more prevalent in developing countries. Although most national constitutions prohibit discrimination against women, there is still a wide gap between what governments say they do to eliminate gender inequities, and what they actually do in practice.

These inequities are perpetuated by powerful factors that include norms, values, habits, religious beliefs, and national laws. That is why it is so important that all levels in the civil society and in government work together to end discrimination practices against women. It has been argued that the yields for women farmers are 20–30 percent lower than for men. The reason, however, is seldom explained: Women have less access to improved seeds, fertilizers, and equipment.

According to estimates by food agencies, 79 percent of economically active women in developing countries spend their working hours producing food in the fields, and constitute 43 percent of the farming work force. In spite of this, however, 60 percent of the world’s hungry are women.

Children are also affected. In many developing countries tradition dictates that women eat last, after all the male members and the children in the family are fed. In spite of that, however, 66 million primary school-age children attend classes hungry, 23 million among them in Africa alone. According to the Hunger Project, every 10 seconds a child dies from hunger-related diseases somewhere in the world, and a third of all childhood deaths in sub-Saharan Africa are caused by hunger.

On Nov. 20, in his address at the U.N. Food and Agriculture Organization (FAO) conference in Rome on nutrition, Pope Francis urged delegates from 170 countries to do more to help those in need. “Perhaps we have paid too little heed to those who are hungry. The hungry remain, at the street corner, and ask to be recognized as citizens, to receive a healthy diet. We ask for dignity, not charity,” he said.

This is a critical time to address gender and economic inequities in the world. As The World Food Program states, “Women are often victims of hunger. They also have a crucial role to play in defeating hunger. As mothers, farmers, teachers, and entrepreneurs, they hold the key to building a future free of malnutrition.”

Dr. César Chelala is an international public health consultant and a winner of an Overseas Press Club of America award.