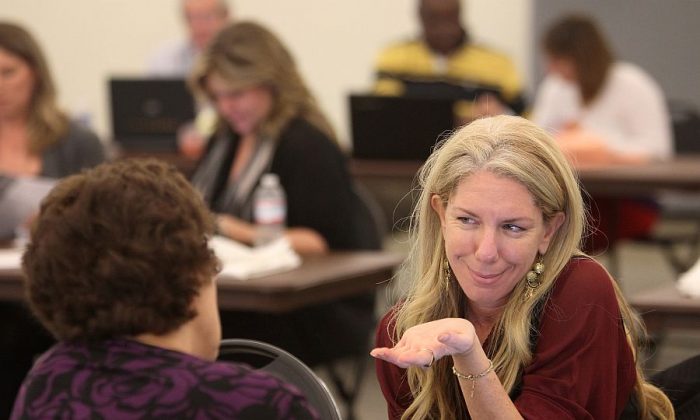 Some 60 percent of Americans—nearly 160 million people—get insurance through their jobs. Thanks to “Obamacare,” that number is about to nosedive.

The president’s signature law is hiking the cost of health insurance for American businesses of all sizes. They’re responding by dumping coverage for workers, spouses, and retirees.

Even though the employer mandate, which requires all firms with 50 or more full-time staffers to provide health coverage or pay a fine, has been delayed by one year, the employer health insurance market is slowly bleeding out.

Today, workers who put in as few as 16 hours are eligible for health coverage. But the stores say that they won’t be able to afford coverage for part-timers once the employer mandate kicks in on Jan. 1, 2015.

That’s not surprising. Average annual employer-sponsored individual health insurance premiums are up 5 percent this year compared to 2012—to more than $5,800. The average employer premium for a family of four is north of $16,000.

In September, Home Depot announced plans to drop coverage for roughly 20,000 part-time workers. They’ll have to shop for insurance in “Obamacare’s” exchanges—which are barely operational despite officially opening for business Oct. 1.

Part-timers at Trader Joe’s, Wegmans, and Universal Orlando will have to do the same.

They won’t be alone. A National Business Group on Health survey found that one-fifth of big companies think their currently covered part-time workers could end up in the exchanges next year.

“Obamacare” is even taking away the benefits of full-time workers—by encouraging their employers to cut their hours and rechristen them as part-timers.

The law defines “full-time” as working 30 or more hours per week. So many firms are carefully watching their employees’ hours to ensure that they don’t cross that threshold.

Clothing retailer Forever 21 revealed in August that it would reduce hours and change some full-timers to part-timers. SeaWorld now limits part-timers to 28 hours per week—rather than 32, as before.

A survey conducted by the nonprofit International Foundation of Employee Benefit Plans found that 15 percent of employers subject to the mandate planned to cut hours in order to reduce the number of people they’d have to cover.

Spouses also are learning firsthand how “Obamacare” will destabilize their families’ benefits.

In August, shipping giant UPS said that it would drop coverage for about 15,000 spouses who have access to benefits at their own jobs. The reason? “Costs associated with the Affordable Care Act,” the company said.

According to a Towers Watson survey, 12 percent of employers plan to drop coverage for spouses next year, up from 4 percent this year.

Retirees, too, will increasingly find themselves pushed into “Obamacare’s” exchanges. Consulting firm Aon Hewitt found that nearly two-thirds of the companies it surveyed plan to “review their retiree health care strategy in light of health care reform.”

These plans empower patients to take control of their care. They can save money tax-free in their HSAs and use the proceeds for copayments and other out-of-pocket costs. The high-deductible policy, meanwhile, protects them in the event of a medical catastrophe.

And because patients actually own their health care dollars, they have strong incentives to spend wisely. That dose of market discipline helps lower overall health costs.

About one in five workers was enrolled in an HSA plan this year, according to the Kaiser Family Foundation, up from zero in 2005. HSAs are now the second-most popular employer-provided plan. Aon Hewitt says that they could become the leader within three to five years.

Unfortunately, “Obamacare” attempts to squash this consumer-directed approach by capping deductibles and requiring all policies to cover a wide array of expensive benefits. The law’s supporters claim that its rules will ensure that patients get high-quality coverage.

But as the turmoil in the employer-sponsored insurance market demonstrates, “Obamacare” may instead ensure that Americans get no coverage at all.

Sally C. Pipes is president, CEO, and Taube fellow in Health Care Studies at the Pacific Research Institute. Her latest book is “The Cure for Obamacare” (Encounter 2013).