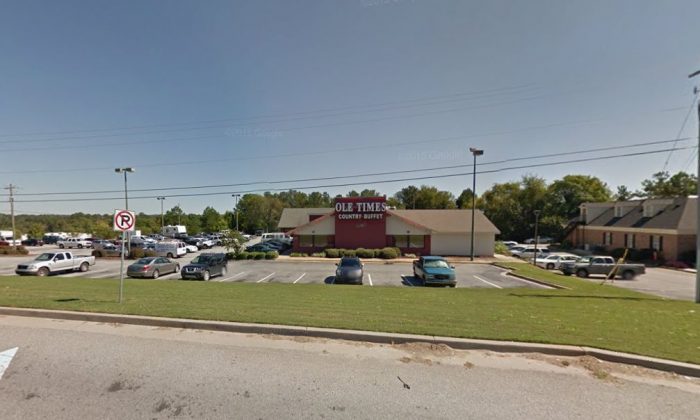 MACON, Ga.  — A woman has been robbed and shot outside of the Old Times Buffet in Macon.

A news release by the Bibb County Sheriff’s Office says two men approached 64-year-old Darlene Conyer, a restaurant employee, as she walked to her car Sunday night. The men assaulted Conyer and stole her work apron with money and personal items in it.

The men then shot Conyer once in the abdomen and fled on foot.

Sheriff’s Deputy Clay Williams says Conyer was taken to the hospital and is listed in stable condition.

The suspects are described as African-American, around 6 feet tall with a medium build and masks covering their faces.