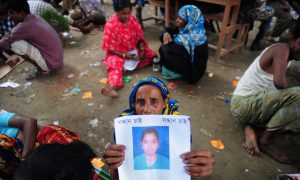 Can Global Supply Chains Be Accountable?
0 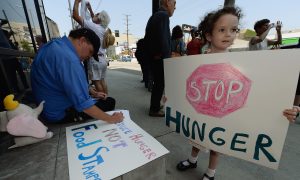 The Reality Behind Employment Numbers
0 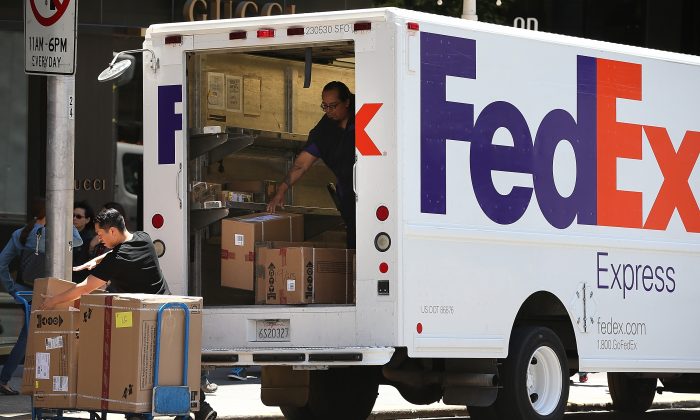 FedEx workers unload packages from a delivery truck on June 19 in San Francisco. FedEx is among many companies and local governments that have been challenged over employee job classifications. (Justin Sullivan/Getty Images)
US

FedEx and Wal-Mart are two of many companies that have been sued over employee misclassification. Wal-Mart agreed to pay $4,828,442 in back wages and damages to more than 4,500 employees, after improperly classifying them so that they did not get overtime, the Department of Labor announced in 2012. The FedEx suits have had mixed outcomes, with some drivers found to be contractors and some employees.

At the supermarket you expect to pay more for chicken labeled “organic,” because organic is a legally defined term that means that chicken was fed organic feed and was raised in certain conditions. There are agencies that certify that your dinner meets a particular quality standard.

The terms of this relationship are governed under the Fair Labor Standards Act (FLSA) of 1938.

While organic food is getting easier to find, employee status is becoming harder to find.

Because the employer/employee relationship comes with so many responsibilities for the employer, some companies try to skirt the law by calling their employees independent contractors.

This employee misclassification is on the rise.

“The misclassification of workers as something other than employees, typically as independent contractors, presents a serious problem for affected employees and employers, and to the economy,” stated Mary Beth Maxwell, acting deputy administrator for the US Department of Labor (DOL) Wage and Hour Division, in a press release. “Misclassified employees often are denied access to critical benefits and protections to which they are entitled, such as minimum wage and overtime, family and medical leave, and unemployment insurance.

A web designer is a good example. A small business needs a website, so it hires a web designer. The designer takes ideas and builds a website. He gets it done in a timeframe but he sets his own work hours. He has other projects for other businesses. When he’s finished and his clients like the website, they pay the bill. Maybe they even contract with him to maintain the site and for a monthly fee he updates it whenever they have new content.

This designer is running his own company even if he is the only employee. He files his own taxes as a business, and he worries about his own health insurance. He is an independent contractor.

But not everyone being paid as an independent contractor has so much autonomy, and that’s where employee misclassification begins.

Package delivery work is a good example. Company X pays all its drivers as independent contractors. It is saying that each person who delivers those packages has his own trucking company, and has a contract with X to deliver packages.

But then it starts to get hairy.

Who owns the truck? Who tells drivers when to come to work and when to go home? Who tells them what route to drive and when to take breaks? What if the drivers can only work for X and they are not allowed to work for anyone else at the same time?

In recent years there have been a slew of lawsuits brought against companies like Fed Ex and Express Courier for exactly this kind of misclassification.

But it’s not just drivers.

Misclassification is rampant in the construction industry, where carpenters, laborers and electricians working on large non-union construction projects are paid as independent contractors, saving the company thousands in workmen’s compensation and unemployment insurance, and costing states millions in unpaid taxes.

Thirteen states, including Massachusetts, Missouri, Utah, and California, have joined the DOLs Misclassification Initiative in a joint effort to curb misclassification and recoup lost taxes.

The state of New York formed its own Joint Enforcement Task Force on Employee Misclassification in 2010. In FY2011 it identified over 19,600 instances of employee misclassification, discovered over $412 million in unreported wages, and assessed over $14.5 million in unemployment insurance taxes.

Employment law can sound complicated and confusing, but the bottom line is pretty simple: Unless you own and operate your own business, you are an employee.

Even if an employee agrees to work as an independent contractor the DOL does not consider that a valid legal agreement if the nature and condition of the work defines a person as an employee.

While some employers, like Fed Ex, are going to great lengths to prove they only hire independent contractors, others are becoming conscientious of this issue because of the liability.

The DOL announced a partnership with the Subway restaurant franchise May 8.

Subway is educating its franchise owners about the requirements of the FSLA.

Unfortunately, misclassifying employees is not the only way employers get around the FSLA requirements.

A Subway employee in Boston, who did not want his name to be used, said that he works 30 hours a week at one location and about 20 at another. Because the franchises are technically separate businesses, he gets none of the overtime the FLSA requires for working more than 40 hours a week.

The DOL offers online and phone resources for employees and employers to help each understand their roles and responsibilities. According to the DOL, asking questions will not result in any action against an employee or employer. The telephone number for the DOL Wage and Hour division is 1-866-4-USA-DOL.