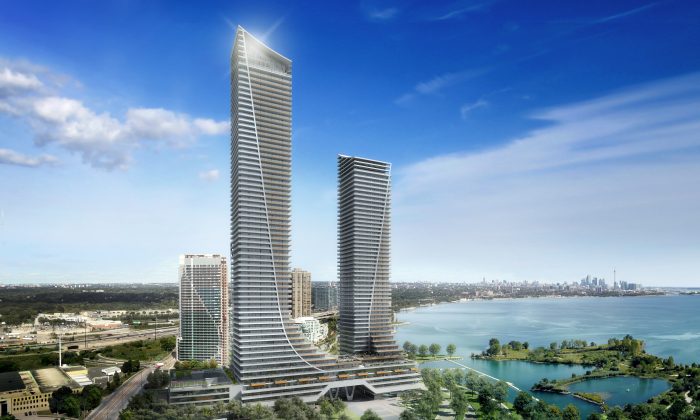 Earlier this year, Empire Communities announced it had undergone a rebranding, marking 22 years in the homebuilding business while repositioning itself for a prosperous future.

The company—which has built more than 5,100 low rise homes and over 3,200 high rise homes across the GTA since its 1993 inception—engaged all of its executives and employees in the rebranding exercise, as well as customers who’d purchased its homes.

“We asked them, ‘Who do you think we are, and why do you think we do the things we do?”” Empire co-founder and executive vice-president Paul Golini tells Epoch Times in an interview at the firm’s Vaughan headquarters. “In doing so we arrived at some great insights about who we are and what people thought we were in their minds.”

The rebrand has resulted in a name tweak, dropping “Communities” to become simply “Empire”; plus a new logo to emphasize its streamlined but still-regal name, with a sideways E-shaped crown sitting atop the E of Empire.

Not that the builder is claiming development-industry supremacy here, Golini says. “But we have a number of projects, some of them pretty large, so we have to live up to who we are now. We’re community builders and we have a new level of responsibility.”

The rebranding has given Empire a new hue, too: orange. “It’s one of the most optimistic colours,” says Golini. “And optimism is a word we like—it speaks to what we want to be.”

If Empire’s full slate of projects this spring is any indication, the company is pursuing its optimism agenda with gusto.

Next month will see the groundbreaking for Eau Du Soleil, a 1,285-unit, two-tower development on the Etobicoke waterfront that’s one of the largest condo projects in the GTA. Designed by Zeidler Partnership and E.I. Richmond Architects, the project comprises two towers, one 66 storeys, the other 45, connected by a six-storey podium.

The flagship of Empire’s highrise division, Eau Du Soleil has been a top seller; senior vice-president of sales Dan Flomen notes only 300 units remain available. “Which is basically an entire building still to go,” he acknowledges, “but it means we’ve sold about 1,000 condos.”

This spring also brings a relaunch of The Hub, a 16-storey condo slated for the southwest corner of Eglinton and Oakwood Aves., smack dab in the heart of a stretch that’s undergoing a vast transformation thanks to construction of the new Eglinton Crosstown LRT.

The Hub will be right next door to the Oakwood station, a huge boon for condo residents, Golini notes. “You go out one door and into the station next door.”

The LRT won’t be there for several years, though, and in the meantime the project’s sales have suffered from the chaos created by its construction (parking lot entrances were closed off, the sidewalk outside the sales office was removed for an entire month). “It kept people away, so we stopped advertising,” says Golini. “Advertise for what? To drive people to a site they can’t get to?”

Things have improved of late, however, so Empire has decided to give The Hub’s sales campaign a “refresh,” he says, positioning the LRT-line project as a great opportunity for investors, and enticing them with three-year rental guarantees. “That will take you to 2020,” Golini says, “the same time the LRT is slated to open up their stop and the vision is completed for what Eglinton is going to look like.”

Elsewhere in the GTA, Empire’s getting set to launch Phase 4 at Imagine, a townhouse and single family home development in Niagara Falls. The latest offering is 166 detached homes on 27′, 34′ and 42′ lots. “We’ve switched our product line there,” says Flomen, noting that previously released homes were on 30′, 36′ and 44′ lots. “It’s so there are different looks, sizes and styles of houses—so the entire neighbourhood isn’t made up of the same 1,100 houses,” an important factor when it comes to resale.

Spring also will see Empire roll out 150 new boutique-style brick and stone townhouses at its Lakeside community in Brampton (traditional and back-to-back towns are also available).

In Brantford, Empire is beginning the next phase of Wyndfield, a 192-unit townhouse and single family home development. It’s also launching the first phase of Avalon, a community in Haldimand County near Niagara that will include up to 3,000 townhouses and detached homes; as well as at St. George, a multi-phased community just outside Hamilton with 900 homes at full build-out.

And Empire is wrapping up a host of ongoing projects, including Ten88, a stacked townhouse community it’s building in a joint venture with Pace Developments Inc. and Fortress Real Developments at 1088 Progress Avenue in Scarborough (“very affordable—under $400 a square foot,” Flomen says). There’s also Villagio in Maple, a three-storey condo at Keele Street and Major Mackenzie Dr. W. in Maple, also being developed with Fortress and Pace; and Glow, a townhouse project in Mississauga.

Looking to the immediate future, Empire is preparing to move ahead with plans for a proposed 38-storey condo tower at 140 Yorkville Ave., on the northeast corner of Avenue Road and Yorkville, adjacent to Hazelton Lanes.

“We have one of the best corners in the city,” Flomen says, noting the project will likely launch early next year. “Imagine walking out your front door and being able to walk straight into Hazelton Lanes next door.”

“And in your robe and slippers,” adds Golini with an optimistic smile.