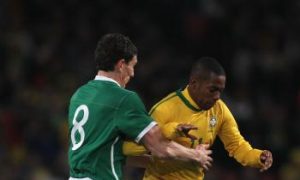 Brazil Turns Up the Style Against Ireland
0 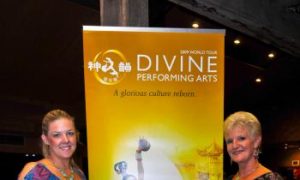 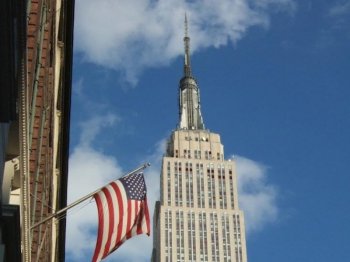 Several New York City council members are pushing for the owners of the Empire State Building to light up blue and white in two months, in the wake of a controversial decision by building owners to not honor Mother Teresa this week. (Edward Dai/The Epoch Times)
US

By Diana Hubert
Print
NEW YORK—The management of the Empire State Building announced Thursday that they are pursuing new initiatives to allow all of the skyscraper’s electricity to be produced by wind power.

The management of the 102-story building revealed a two-year deal to purchase 100-percent wind power from Green Mountain Energy Company. The initiative is expected to save 100 million pounds worth of carbon dioxide emissions on an annual basis—an amount equivalent to planting 150,000 trees.

“It was a natural fit for us to combine 100-percent clean energy with our nearly completed, ground-breaking energy efficiency retrofit work,” stated Anthony E. Malkin, the building’s supervisor and president of Malkin Holdings, in a prepared statement.

The building is currently involved in a $20-million, multi-year project to bring about energy-efficient retrofits. The effort is expected to reduce energy use by 38 percent and result in savings of $4.4 million per year. The project includes assessments of infrastructure needs and tenant energy use, as well as investments in infrastructure upgrades.

Malkin noted that the initiative will aid in drawing in the best tenants at top rents.

The Empire State Building, which houses 80 stories of commercial office space, is the tallest building in New York City. Built in the 1930s, the landmark skyscraper supports all of the major FM radio and television stations in the metro New York region.

“EPA is pleased to welcome the Empire State Building to the Green Power Partnership. We applaud their commitment to using 100-percent green power to reduce greenhouse gas emissions,” said EPA’s Chief of Energy Supply and Industry Branch Susan Wickwire in a statement.

The U.S. Department of Energy provides a variety of incentives in the state of New York for implementing energy-efficient practices.