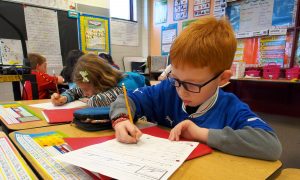 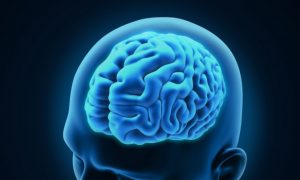 In Old Age, Lack of Emotion and Interest May Signal Your Brain Is Shrinking
0 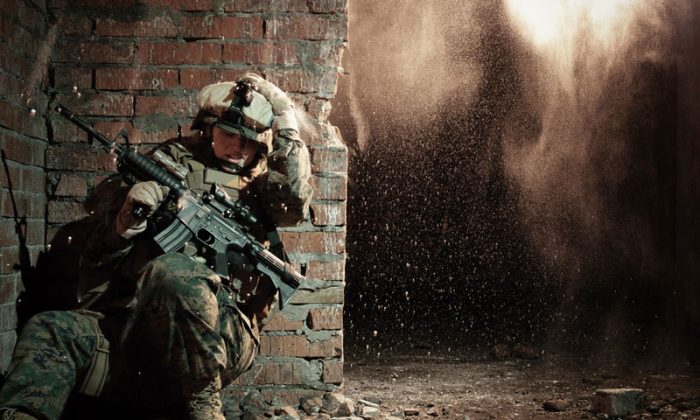 Emotions Affect How Pain Feels, as Soldiers Know Only Too Well

Pain is one of the most powerful weapons of war. Western Front soldier and poet Siegfried Sassoon dubbed war a “sausage machine” because it tore through and crushed tissues and organs, and dismembered limbs. Popular novels and films also routinely portray the horrors of combat; men hit by shell fragments or high-velocity bullets screech, convulse violently, before uttering a last “fucking hell!” or “I don’t want to die” before croaking; wounded men wail in unison, cup spilt intestines and grind teeth. They are no longer truly men, they are barely human.

But such horrifying evocations of pain are in striking contrast to the ways many soldiers in past conflicts describe the sensation of being wounded. In fact, war-wounded men are more likely to say that the initial sensation of being hit by a missile is similar to being struck with a stone or a lump of mud. My research uncovered one pilot who observed that being struck by a shard of shrapnel “felt like a prodding finger”, while another admitted that his only thought was “that’s funny … I’ve been wounded”. A fighter pilot whose shoulder was shattered by a 20mm shell described the feeling as nothing more than a sense of being “gone” and “completely disassociated” from his arm as “a monkey on a stick”. Other soldiers simply recalled that they felt nothing except intense relief. “I do believe I’m going to survive this war after all,” said one.

Such perplexing responses to wounding in combat have been observed throughout history. Even the ancient Roman philosopher Lucretius recorded how when “the scythed chariots, reeking with indiscriminate slaughter, suddenly chop off the limbs” of men, the “eagerness of the man’s mind” means that “he cannot feel the pain” and “plunges afresh into the fray and the slaughter”. Or, as influential surgeon A. Copland Hutchinson decreed in Some Practical Observations in Surgery in 1816, every soldier and seaman whose limbs he had to amputate without anaesthetics told him, “at the time of their being wounded, they were scarcely sensible of the circumstance, till informed of the extent of their misfortune by the inability of moving their limb”.

Most war surgeons simply explained the absence of pain as due to the men’s “great excitement”. Agitation, elation, enthusiasm, ideological fervour: all these states of mind diminished (or even eliminated) suffering. Others claimed that the “psychological effect” of the “booming of the guns” was similar to the “continued drumming of the dervish dance” – in other words, the deafening sounds of battle had a hypnotic effect.

It’s clear when trying to understand the relative absence of severe pain when wounded in combat that both anecdotal evidence and sensationalist media representations can be flawed. But what if a scientist went as close as possible to the frontlines and actually interviewed wounded men? This was what American physician Henry K Beecher and his team did during World War II.

In 1943 and 1944, Beecher, who was described by friends as a street fighter in the field of medicine, travelled to the Venafro and Cassino fronts in Italy, where he questioned 215 seriously wounded men who were waiting on the beachfront to be evacuated by boat to hospital. He concluded that the anecdotal evidence was correct: there was no necessary correlation between the seriousness of any wound and men’s expressions of suffering. In fact, three-quarters of wounded soldiers claimed that they weren’t experiencing significant pain and didn’t ask for pain relief, even when offered it. One third claimed to feel no pain at all, while another quarter said they were experiencing only slight pain.

Beecher initially wondered whether these war-wounded men were generally insensitive – for chemical or hormonal reasons, for instance. However, this turned out to be untrue since even badly wounded patients who claimed not to be in pain cursed medics who were rough when giving them an injection. Instead Beecher concluded that the best explanation for the men’s lack of pain involved their emotional state. They were not suffering because their wounds represented an escape “from an exceedingly dangerous environment, one filled with fatigue, discomfort, anxiety, fear and real danger of death,” but because they provided them with “a ticket to the safety of the hospital”.

In contrast, suffering a similar kind of injury in civilian contexts (a car crash, for example) was excruciatingly painful because it heralded “the beginning of disaster”. Beecher confirmed anecdotal evidence that being wounded was viewed as good luck: wounds enabled men to escape “this hell with nothing more perhaps than the loss of half a foot”, as one World War I soldier put it. Emotions and expectations affected physiological sensations.

A Gate for Control

Beecher’s work was profoundly influential in the science of pain. He went on to conduct research on the placebo effect, as well as medical ethics. In the mid-1960s, prominent scientists Ronald Melzack and Patrick Wall elaborated on his findings in their famous Gate Control Theory of Pain, which introduced the idea of a “gating mechanism” in the dorsal horns of the spinal cord that allowed perception of pain to be modified.

Although their theory has been modified since then, it had a direct impact on the most dominant clinical definition of pain used today – one adopted by the International Association for the Study of Pain (IASP) in 1976-77. The association concluded that pain was “an unpleasant sensory and emotional experience associated with actual or potential tissue damage, or described in terms of such damage”. Crucially, the theory and the IASP’s later definition insist that sensory, cognitive, affective, and motivational processes influence people’s experience of pain.

In more recent memoirs emerging from the conflicts in Korea, and later Iraq and Afghanistan, pain in war is not only something to aggressively fight but is itself an incitement to violence. As one soldier put it, pain filled him with a desire to kill those “fucking bastards”.

What all these commentators recognise – from the philosopher Lucretius to the scientist Beecher, and to the Marines fighting in wars today – is that emotion matters in war, and the fear of pain is as much a weapon as physiological wounding might appear to be. Controlling fear, emotions and enhancing endurance has in recent times become medicalised by the military.

Psychopharmacology is a significant area of research, and among other things has included “go pills” in the US, which contain the stimulant dexamphetamine and enhances endurance. Other research has included the so-called “anti-remorse pill”, aimed at eradicating fear of engaging the enemy as well as guilt arising from killing. As Leon Kass, chair of the President’s Council on Bioethics, said: “It’s the morning-after pill for just about anything that produces regret, remorse, pain, or guilt.”

In advanced militaries today, it isn’t only service personnel who recognise that emotions affect the way people feel pain; the military itself knows this and, in their bid to more effectively maim and kill, seek to eradicate such emotions.

Joanna Bourke receives funding from The Wellcome Trust. This article was originally published on The Conversation. Read the original article.

*Image of “marine hiding from bomb” via Shutterstock