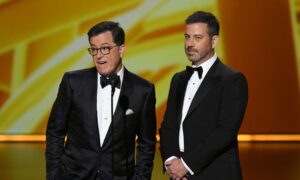 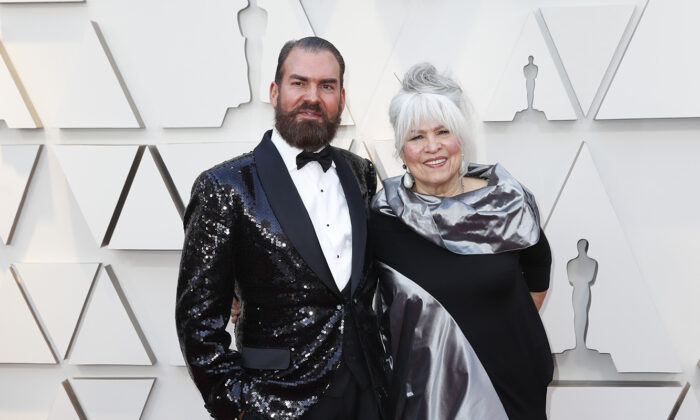 Marc Pilcher, left, and Jenny Shircore during arrivals at the 91st Academy Awards at the Dolby Theatre at Hollywood & Highland Center in Hollywood, Calif., on Feb. 24, 2019. (Jay L. Clendenin/Los Angeles Times/TNS)
US News

Marc Elliot Pilcher, who recently won a Creative Emmy Award for his work on “Bridgerton,” died of COVID-19 two weeks after attending the event in Los Angeles.

“It is with the deepest of hearts we confirm that Marc Elliot Pilcher, Academy Award Nominee and Emmy Award-winning hair and makeup designer/stylist, passed away after a battle with COVID-19 on Sunday 3rd October 2021,” his family told Variety in a statement, adding that he was double vaccinated and had no underlying conditions.

“Glamorous and extravagant, he brought his flair and style to every design. Never limited in his thought process for his creations, he pushed boundaries and created work never realized before,” the statement said. “He was 53, double vaccinated with no underlying health condition.”

Other details about his death were not provided.

“It’s a tragedy that he’s been taken so young when he had so much yet to do. Please also use this as a reminder that COVID is still a very real and present danger, please get vaccinated and mask up to protect yourself and others,” “Bridgerton” star Nicola Coughlan wrote on Twitter. “My heart goes out to his friends and family, especially to his wonderful team Lynda, Lou, Adam, Hollie, Tanya, and Claire. He loved and cared for you all so much and my heart goes out to you all. Rest in Peace Marc.”

In his acceptance speech, Pilcher said that “Bridgerton” was the “most exciting project” to be part of. “It’s so wonderful and welcoming and I knew that we were making something special, but I wasn’t expecting this response really,” Pilcher said.

He also did work for “Downton Abbey,” “Judy,” “Beauty and the Beast,” and others.

His death came as the organizers of the Emmy Awards as well as Los Angeles County drew criticism for hosting the event last month, with some criticizing celebrities for attending the ceremony maskless despite a mask mandate being in effect countywide. Pilcher attended the Creative Emmy ceremony about a week earlier in Los Angeles on Sept. 11, whereas the Primetime Emmys were held on Sept. 19.

Los Angeles County’s health agency defended the Emmys and said it was a “television production,” meaning it is exempt from mask mandates.