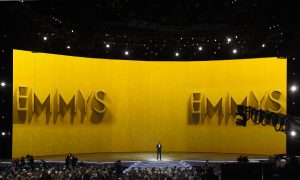 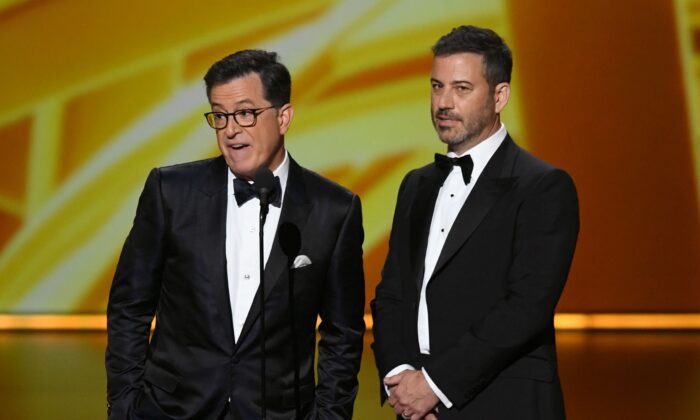 The 71st Primetime Emmy Awards on Fox drew record-low viewership on Sept. 22, according to reports.

The show was up against ratings juggernaut “Sunday Night Football,” which featured the Los Angeles Rams defeating the Cleveland Browns 20-13. It drew a 12.8 rating and a 23 share overnight, Variety reported.

This year, Fox decided to go hostless for the Emmys, coming months after the Academy Awards chose to do the same.

“Unlike the rare ratings rise that the hostless Oscars pulled off this year, the host-free Emmys is down,” Deadline Hollywood noted of the viewership plunge. “Adding to the injury, the 2019 Emmys on Fox fell 34.5 percent in the first round of ratings from the last time the Emmys were on the Murdoch-owned net back in 2015 with Andy Samberg hosting,” it added.

Despite the Oscars seeing an uptick in ratings this year, most awards shows are trending downward.

During 2019, the Golden Globe Awards on NBC saw its ratings drop, while Video Music Awards on MTV experienced record low ratings this year.

Medieval drama “Game of Thrones” closed its run with a fourth Emmy award for best drama series while British comedy “Fleabag” was the upset winner for best comedy series on Sunday on a night that rewarded newcomers over old favorites.

The Emmys are Hollywood’s top honors in television, and the night belonged to Phoebe Waller-Bridge, the star and creator of Amazon Studios’ “Fleabag” who also created “Killing Eve.”

“This is just getting ridiculous!,” Waller-Bridge said as she accepted the comedy series Emmy.

“It’s really wonderful to know, and reassuring, that a dirty, pervy, angry, messed-up woman can make it to the Emmys,” Waller-Bridge added.

Already the most-awarded series in Emmy history with 38 wins, HBO’s “Game of Thrones” went into Sunday’s awards show as the clear front runner, despite a fan uproar over the conclusion of the series.