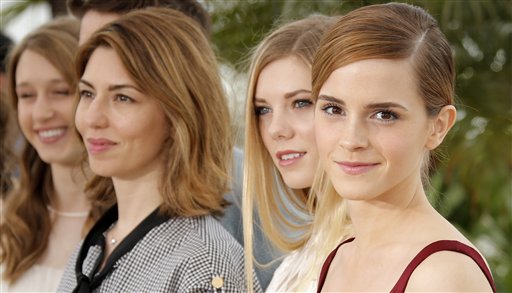 Emma Watson to Star as Ariel in The Little Mermaid? Nope, Disney Photo Just a Hoax

A longstanding photo saying Emma Watson will star in a live-adaption of The Little Mermaid is nothing more than a simple hoax.

The post, which was going viral again on Friday, shows Watson with Photoshopped red hair behind a beach background with “Walt Disney … The Little Mermaid … Coming Soon.”

However, the photo was originally made and posted on MuggleNet, the Harry Potter fan page in April 2013.

It says: “Emma Watson will certainly be living the princess lifestyle this year, after reports have linked her to different projects where she will portray classic Disney princesses Belle, from Beauty and the Beast as well as the title role in Cinderella (although Emma has since turned down that role). Completing the trio is Ariel, from The Little Mermaid, originally released as an animated feature in 1989.”

It adds: “Emma was seen leaving an aquatics facility this past weekend in Los Angeles. We can only assume that this means she has started training for her role as Ariel. Yes, training. As this is a live action film, Emma must take on several aquatic disciplines including SCUBA-diving, synchronized swimming, and diving. In addition to athletic training, Emma will also be singing the original songs from the animated version such as ‘Part of Your World.'”

The whole thing was later confirmed to be a hoax.

“Alas, no such project is in the works. Rumors of a live Little Mermaid movie starring Emma Watson are nothing more than a repetition of an April Fool’s Day joke originally posted on the Harry Potter fan site MuggleNet back in April 2013,” reads a post from Snopes.com, a hoax-debunking site.

Recently, Watson was named by Vanity Fair as one of the “best-dressed” stars.

Lupita Nyong’o, Cate Blanchett, Emmy Rossum, and Watson all got nods from the publication.