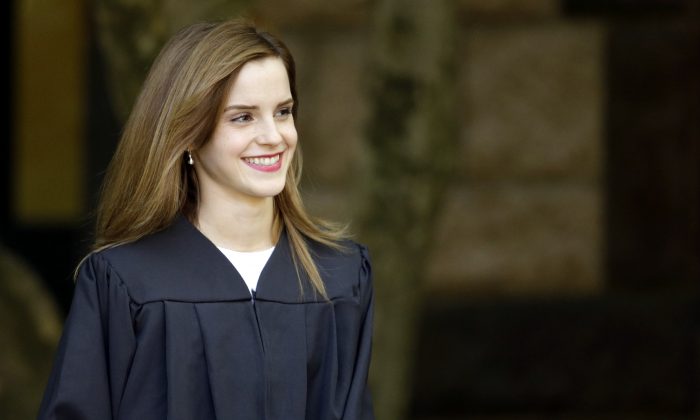 A meme about why Emma Watson wasn’t part of the massive nude photos leak has gone viral as the actress shared her thoughts on the leak.

The leaked graphic photos allegedly happened following an iCloud security issue, which led to a hack.

Dozens of celebrities and sports stars have been named victim of the leak, though some have come forward to deny the photos are real.

Among the victims are Jennifer Lawrence, Kate Upon, and Rihanna.

“Even worse than seeing women’s privacy violated on social media is reading the accompanying comments that show such a lack of empathy,” she said. The tweet has over 50,000 shares.

“You tell them emma,” added another.

Meanwhile, a meme about why Watson wasn’t involved in the leak has gone viral on Imgur, the image sharing website linked to Reddit.

It has a picture of Watson rubbing her hands together and smiling at an awards show. “That the secret, girls,” the accompanying text says. “I don’t take naked selfies.”

Bryan Hamade aka BluntMastermind the Hacker Behind the Nude Pictures Leak?