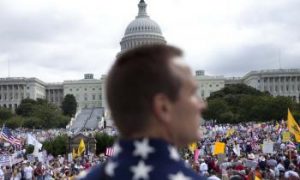 Translating America: Tea Parties = Republicans? It's Not So Simple
0 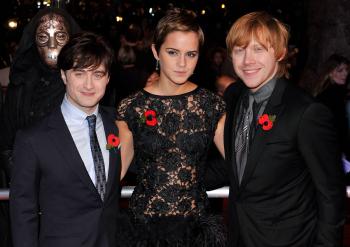 By Helena Zhu
Print
Emma Watson and Rupert Grint, whose on-screen characters, Hermione and Ron, clearly have feelings for each other in Harry Potter and the Deathly Hallows, have been named Hollywood’s Top Grossing On-Screen Couple by Forbes on Thursday.

Behind Watson and Grint are Viggo Mortensen and Liv Tyler in the Lord of the Rings movies, who together added a touch of romance to the epic fantasy. The franchise took in a total of $3 billion in the global box office.

Orlando Bloom and Keira Knightley from the Pirates of the Caribbean movies placed third, with the movies earning $2.7 billion.

Forbes formulated the list by examining on-screen couples who had appeared more than once together in the past 10 years and adding up the earnings from the global box office for all the movies they starred in.