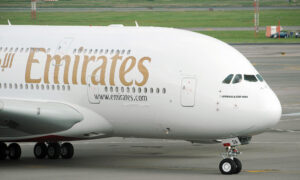 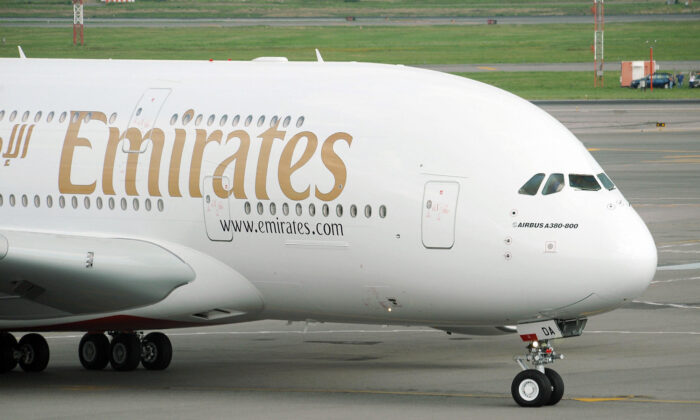 Emirates to Resume Flights to Sydney, Melbourne, Brisbane Next Week

One week after it indefinitely suspended international flights to Australia’s east coast Emirates announced it will resume passenger flights from next week.

Flights from Dubai to Sydney will resume on Monday, to Melbourne on Tuesday, and to Brisbane on Thursday.

Passenger flights between Dubai and Perth, as well as cargo operations to all ports, continue as scheduled.

“We regret the inconvenience caused to our customers in the period where we had to temporarily suspend our services,” the airline said in a statement.

Emirates said in a statement that it was keen to serve the many Australians waiting to get home and hopes that commercial and operational conditions allow it to do so.

The airline said the CCP (Chinese Communist Party) virus (novel coronavirus) pandemic, along with restrictions and requirements imposed by the different state authorities in Australia, had added to the complexity and burden to its operations.

“This led us to temporarily suspend passenger services while we engaged with various stakeholders regarding crew protocols and other operational details,” Emirates said.

In a statement, Emirates confirmed that all crew were required to take a PCR test 48 hours prior to departing Dubai on a scheduled flight.

“With the latest adjustments, these tests will be administered in their homes, and our crew will also observe self-quarantine in their homes from the moment of testing until their flight.

“Combined with the hotel quarantine and tests on arrival in Australia, this effectively means that our crew are in a “bubble” from 48 hours before their flight, until they return to Dubai.

“This is an added burden for our crew as individuals, for our rostering, and operating costs, and therefore this decision was made after careful review and consideration,” the airline said.

At least three Emirates aircrew have tested positive while in hotel quarantine in January, the Queensland government reported.

An Emirates spokesperson told The Epoch Times on Friday: “The health and safety of our crew, customers and communities remains our top priority, and we continue to work closely with all relevant authorities to implement the latest health and safety protocols.

“Emirates has put in place a comprehensive set of measures at every step of the customer journey on the ground and in the air, to minimise the risk of infection spread.”