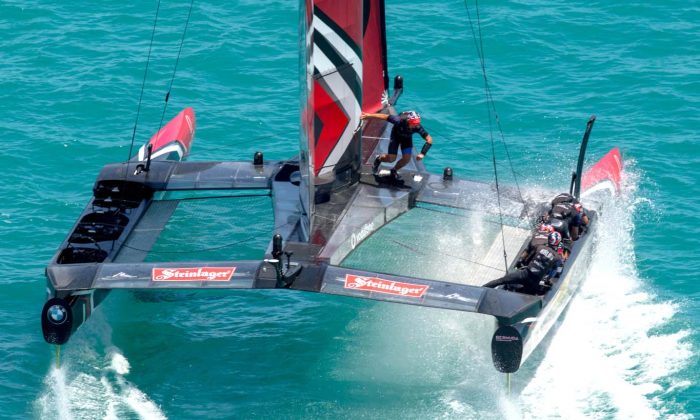 Team New Zealand had been supreme throughout the Qualifiers and the Challenger playoffs, semi-finals and final.

Defending champions Oracle Team USA had a strong showing in the Qualifiers, just pipping Team New Zealand to the top spot in the final race. It was then expected that the races for the actual America’s Cup would be very close. There was some great racing by both teams but Burling and crew had the edge winning 5 of the 6 races in the first 3 days – to lead 4-1 (they started off at -1 as Oracle had secured 1 point for winning the qualifiers.

At that point it looked possible that Team USA would close the gap, but two more successive wins by Burling on (Sunday June 25) put his team in an almost unassailable lead at 6-1 on the Sunday evening.

Oracle Team USA came back from trailing 8-1 to overcome New Zealand 9-8 in the 34th Cup races, but could not repeat the miracle. In Monday’s first race, Oracle did get into the lead briefly but by leg 3, Team New Zealand had opened up a gap of 26 seconds and extended this to 34 seconds at the line

“To be able to win eight races in Beautiful Bermuda in front of a big crowd of our own fans is overwhelming, we’re just happy to be able to share this moment with them, we’re just blown away.

“I’ve grown up watching this competition as a fan and to be a Kiwi and taking this Cup home is a dream come true” said Burling after the race.