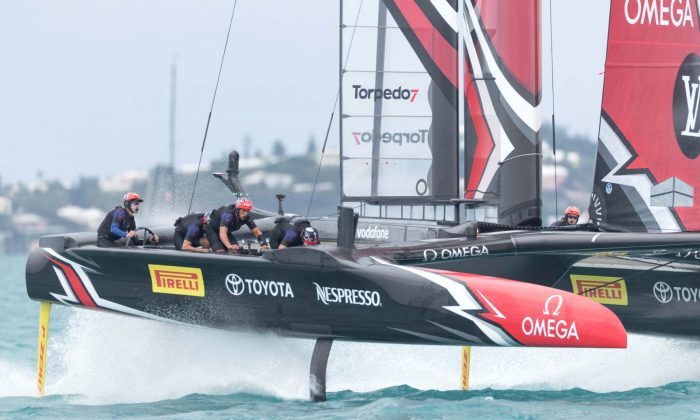 Emirates Team was the dominant boat in the Qualifiers, only edged out of the overall winning position by defending champion Oracle USA in the final race. After defeating Land Rover BAR in the Challenger semi-final, with a day to spare, Team New Zealand followed up the performance winning the Challenger final. The crew’s only bad day was in their semi-final clash with Land Rover BAR on June 6, when they got too high on the foil and capsized dramatically. They were perhaps a little fortunate to have a spare day to fix the boat and for team members to recover, when racing was cancelled due to strong winds on June 7, but then continued as if nothing untoward had happened, when racing resumed on June 8.

There has been a break in America’s Cup over the last few days with other events filling the gap.  The Louis Vuitton America’s Cup, 13-race series kicks off with 2 races on each of June 17 and 18. There is then another break in proceedings until the final 9 races are run from June 24 to June 27.