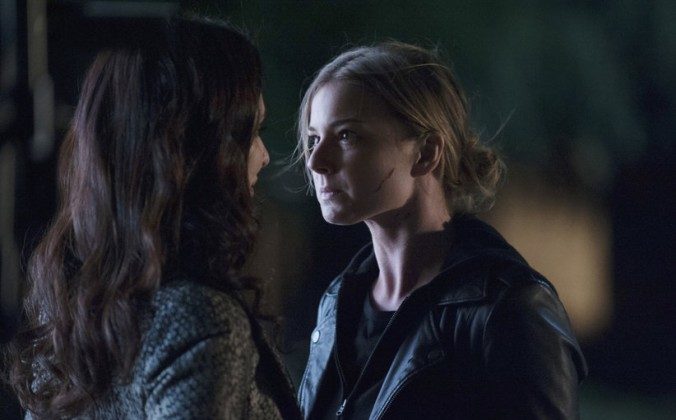 Emily VanCamp in the season 3 finale of "Revenge" on ABC. (Colleen Hayes/ABC)
Entertainment

Emily VanCamp Has Birthday as She, Boyfriend Josh Bowman, and ‘Revenge’ to Come Back for Another Season

Emily VanCamp, who plays the lead character Emily Thorne on ABC’s “Revenge,” and her co-star Josh Bowman (Daniel Grayson) will be back along with the show for another season, the fourth.

Following the season 3 finale VanCamp celebrated her birthday on Monday.

“Thank you so much for all of the birthday wishes!! Feeling the love today!” she told her fans via Twitter. VanCamp has over 400,000 followers on the social media website.

The season 3 finale left fans surprised after Aiden was murdered by Victoria.

Although ABC renewed the show it isn’t clear when the next season will premiere because the network hasn’t announced its fall schedule yet.

Executive producer Sunil Nayar said that the finale set up next season.

“It’s going to be a totally different show next season — a reincarnation,” Nayar told TVGuide.

VanCamp was pleased with the finale and is excited for the next season.

“Henry Czerny kills every episode and was tremendous in tonights finale! Learn from him every chance I get to work with him. A true pro,” she said.

“So proud of our entire cast and crew for an awesome season! Season 4 is going to be crazy!!”