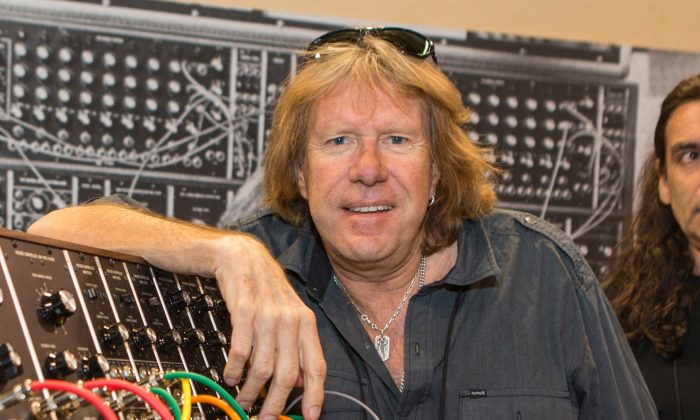 Founder and keyboardist of Emerson, Lake and Palmer, Keith Emerson, has died at the age of 71.

The progressive rock star—called “one of the greatest keyboardists of his generation” by “Rolling Stone“—passed away late on March 10, in Santa Monica, California. The influential musician’s death appears sudden, as he was due to tour in Japan throughout April 2016.

On March 15, the Los Angeles Medical Examiner’s Office pronounced Emerson’s death a suicide. According to Billboard, the autopsy reveals Emerson died from a self-inflicted gunshot wound to the head and was suffering from heart disease.

She told the British tabloid that Emerson’s “right hand and arm had given him problems for years. He had an operation a few years ago to take out a bad muscle but the pain and nerve issues in his right hand were getting worse.

He was tormented with worry that he wouldn’t be good enough.
— Mari Kawaguchi

“He was tormented with worry that he wouldn’t be good enough. He was planning to retire after Japan. He didn’t want to let down his fans. He was a perfectionist and the thought he wouldn’t play perfectly made him depressed, nervous and anxious.”

In a Facebook post filled with love, bandmate Carl Palmer referred to the departed as “my good friend and brother-in-music” saying that Emerson “was a pioneer and an innovator whose musical genius touched all of us in the worlds of rock, classical and jazz.”

I am deeply saddened to learn of the passing of my good friend and brother-in-music, Keith Emerson. Keith was a gentle…

Below you can listen to Emerson, Lake and Palmer’s “landmark” 1973 album, “Brain Salad Surgery.”