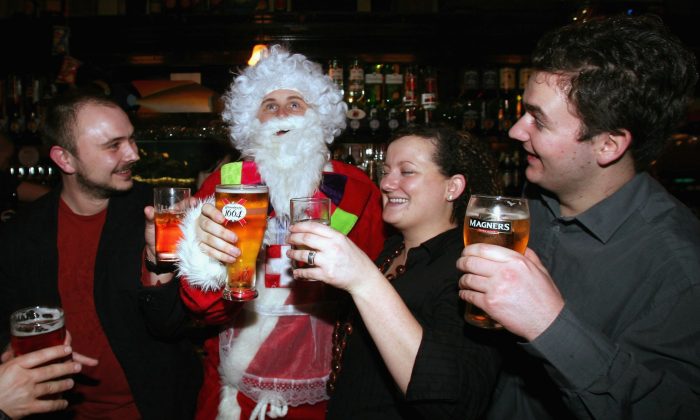 Emergency Workers in the UK Prepare for Booze Black Friday

Emergency workers across the United Kingdom are preparing for an increase in incidents due to the annual imbibing on the day known as Booze Black Friday.

Brits are expected to down two-and-a-half time more alcohol than usual on the day before Christmas, according to the Telegraph.

Many of the people drinking more will be at pubs, clubs, or restaurants, likely at a party with co-workers.

“The festive period often sees people drinking much more than usual, which as well as being damaging to our health also sees the NHS and police dealing with more drinking-related accidents and emergencies,” said Dr Yvonne Doyle, London Regional Director of Public Health England.

“It’s not surprising that many of us feel ready to take a break from alcohol.”

Because of the heavy drinking, the Dry January organization is encouraging people to give up booze for the month after Christmas.

Their research shows that two out of every three people who completed the month without alcohol last year managed to reduce their drinking for at least another six months.

That might be because more than half of the people who responded to the survey admitted they felt pressure to drink more than they wanted over the holidays.

More than a quarter (27) percent said they were left feeling guilty and nearly a third (30 percent) said they started the new year feeling “run down.”