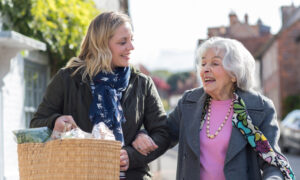 It Starts With the Basics: The Formula for the Best of Lives
0
Share Now
TelegramFacebookTweetEmailTellMeWeReddit
Copy Link 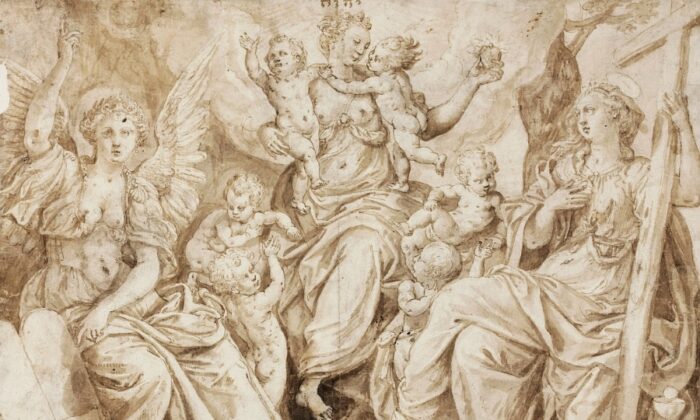 The three theological virtues of faith, hope, and charity often take a back seat to the classical, or cardinal, virtues: prudence, justice, temperance, and fortitude. In teaching literature and history to homeschoolers, I sometimes employed them as a framework for the topics at hand, reference points to which we’d return during discussions of classics like “Hamlet” or “Animal Farm” or of famous Americans such as George Washington, Theodore Roosevelt, and Harriet Tubman. How, I’d ask the students, did the characters in literature reflect those classical virtues? How did the figures in our history texts apply them in their lives and in the public arena?

Lately, I wondered whether the theological virtues might not deserve more attention. Might we not find comfort and strength in the practice of faith, hope, and love, and so help preserve our liberties?

Believers, Catholics and Protestants, would surely agree with these definitions. But what about those of other faiths or those who are agnostics or atheists? Can they put these virtues to work for the good as they might the classical virtues?

If we broaden the meaning of these virtues, if we embrace them as secular virtues worthy of emulation, what good might they bring to our personal lives and from there, into the public square?

When we reflect on public figures from American history, even some from just 40 years ago, we find giants among them—men and women who acted heroically in the face of extraordinary circumstances. Today, however, with few exceptions, many of us feel led and governed by pygmies, our faith in the wisdom and character of many of our politicians and other leaders much diminished. A 2019 Pew poll found that trust in the federal government “is near historic lows today.”

So if we can’t put our faith in those people once known as “public servants,” then whom can we trust?

We must ignore as best we can the nasty political rhetoric surrounding us, look to those we know—our families, friends, and neighbors—and count on them as our allies. We can push ourselves to connect even more deeply with them and to engage more with the other local folks in our lives, from the cashiers at the grocery store and the staff at the public library to our local sheriff’s department and the town council. The formation of such links close to home will keep us grounded in real life and grow stronger communities.

Henry David Thoreau once said, “The smallest seed of faith is better than the largest fruit of happiness.” Agreed, but from such small seeds grow gardens and forests.

To live without hope, to live, in short, with despair, is to live in a prison, a hell on earth. In all endeavors, the abandonment of hope leads to certain defeat. Imagine, for example, you are in an army opposite an enemy, and you and your comrades regard the upcoming battle as already lost, hopeless, your cause doomed. You see no point in the continuation of the struggle, and so lay down your shields and swords, and head for the hills.

A few conversations with friends and some emails received from my readers bear this attitude of defeatism. They feel broken by all the disasters afflicting our country, powerless to do anything to bring about change. Sometimes I also have felt that blackness creeping into my heart, seeing no light in the darkness.

By force of will, if necessary, we must push aside despair and look for the good, the true, and the beautiful. That trinity is still there—in art, in poetry and literature, and in the hearts of those around us—and we must keep our eyes on those things that bring us human dignity and make life worth living.

Never allow the flame of hope to be extinguished.

We live in a time of divisiveness. Separated by political and cultural ideologies, some lash out at their fellow Americans with hatred and lies. If we can’t begin to show one another some modicum of charity, this situation will only worsen.

We needn’t change our positions, but we must change our tone. Without copying the animosity or deceits of others, we can give them an ear, offer respect if respect is due, and yes, even find a way to love them.

Statesman and philosopher Edmund Burke wrote: “But what is liberty without wisdom and without virtue? It is the greatest of all possible evils; for it is folly, vice, and madness, without tuition or restraint. Those who know what virtuous liberty is, cannot bear to see it disgraced by incapable heads, on account of their having high-sounding words in their mouths.”

Without faith, hope, and love, we diminish our humanity and our liberties.

But if we set out to seek and honor wisdom and to exercise those ancient seven virtues, both theological and cardinal, we might just set this sad old world ablaze with goodness, mercy, justice, and love.