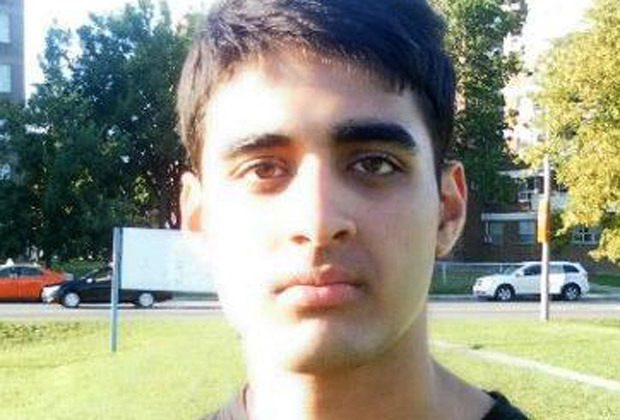 Emanuel Lozada, 22, is being sought by police after being identified as a suspect in the murder of Rameez Khalid.

Detective Scott Whittemore told the Toronto Star that Khalid got into a fight with a group of men early Sunday morning inside a club on University Ave., just south of Queen St. W.

Later, the group approached Khalid and a friend outside the club as they were walking along Richmond Street, and stabbed him in the stomach.

“There were lots of people involved in the fight,” said Whittemore. “There may have been people who took photos and videos of this fight.”

“We’re actively pursuing witnesses and as in any case they may have seen two seconds of the incident, but that two seconds could be crucial to forwarding our investigation,”

Khalid was pronounced dead after being taken to St. Michael’s Hospital, reported the Globe and Mail.

The suspects fled on foot, but may have gotten away in a cab or some other way after leaving the scene.

Police are asking any cab drivers who picked up a group of young men that night who may have appeared to be in a rush to contact police.

It’s the 47th killing of this year in Toronto.

Police searched residences looking for Lozada and are asking anyone with information about the situation to contact 911. They’re also looking for two men known by the nicknames “Yoda” and “Munchies” for questioning.