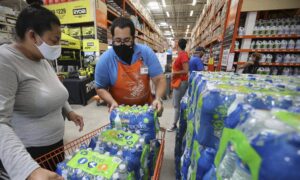 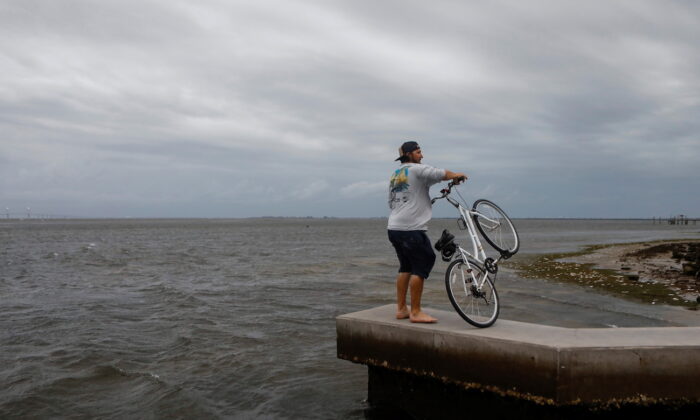 A man holds his bicycle at Bay Vista Park, as Elsa strengthened into a Category 1 hurricane hours before an expected landfall on Florida's northern Gulf Coast, in St. Petersburg, Florida, on July 6, 2021. (Octavio Jones/Reuters)
US News

Elsa weakened to a tropical storm as of early Wednesday and is projected to hit Florida’s northern Gulf Coast later in the morning, according to the National Hurricane Center (NHC).

The weather service said in its 2 a.m. EDT advisory that heavy rains and gusty winds continue to spread inland across southwest and west-central Florida.

“Elsa is forecast to make landfall along the north Florida Gulf coast by late Wednesday morning and then move across the southeastern United States through Thursday,” the NHC said.

A hurricane warning is in effect for a long stretch of coastline, from Egmont Key at the mouth of Tampa Bay to the Steinhatchee River.

A storm surge warning is in effect for the west coast of Florida from Bonita Beach to the Aucilla River, including Tampa Bay. There were no immediate reports of damage or injuries in the Tampa Bay area.

The NHC said that a few tornadoes were possible overnight across the western and central Florida Peninsula, and that a tornado threat continues across north Florida, southeast Georgia, and eastern South Carolina. The threat is expected to shift to the eastern Carolinas and far southeast Virginia on Thursday.