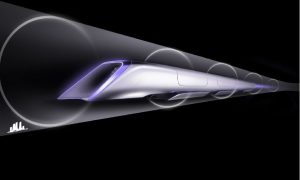 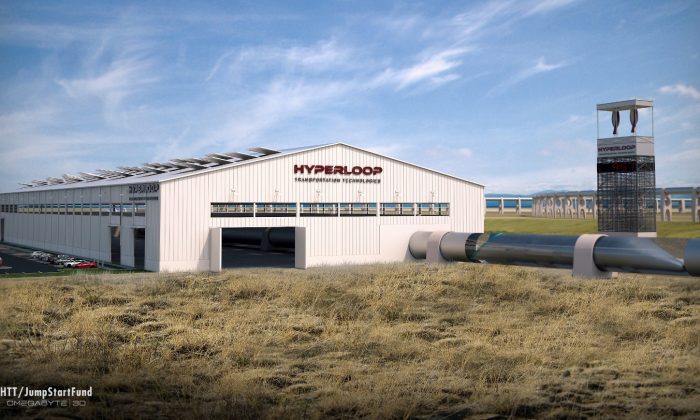 Elon Musk’s Dreams of a Hyperloop Inches Closer to Reality

Two years ago, when Elon Musk published his 57-page blueprint for a 354-mile hyperloop, which could be described as a giant pneumatic tube, that would transport people between San Francisco and Los Angeles much faster than a hypothetical railway, the world dismissed the project as bad science fiction.

Musk passed the idea onto the public because the CEO of SpaceX and Tesla already had enough on his plate. Incredibly enough, others in the tech industry tried to bring the fantastical idea to life. The incubator JumpStarFund founded Hyperloop Transportation Technologies (HTT), which recruited engineers from companies like NASA, Boeing, and of course SpaceX and Tesla to work on the project part-time in exchange for stock options.

The company completed a feasibility study of the 5-mile prototype in December and signed a deal with a real estate developer in February to prepare for construction along Interstate 5 in Central California.

Now, HTT has announced a new partnership with engineering support companies like Oerlikon and AECOM, furnishing more evidence that the skeptics are wrong about the hyperloop.

‘”We are proud to be a part of this exciting and groundbreaking project while delivering our vacuum know-how for this concept and thus to facilitate the Hyperloop vision to become reality,” Martin Fuellenbach, CEO of Oerlikon Leybold Vacuum, said in a statement.

The company also said that it’s grown its team to 400 members, up from 100 in December.

Musk’s plan estimates that the pods in the hyperloop could reach speeds of up to 760 mph, compared with 220 mph for the SF-to-LA railway.

The hyperloop has been marketed as an alternative to linking up northern and southern California that’s much faster, and cheaper, than high-speed rail. Musk’s plan estimates that the pods in the hyperloop could reach speeds of up to 760 mph, compared with 220 mph for the SF-to-LA railway that’s being built, and would cost only $6 billion, a tenth of what California taxpayers are being charged for the railway. The distance between the cities is about 380 miles.

In a hyperloop, pods would glide along in a depressurized tube, where the low air-resistance would allow low-energy travel at near supersonic speeds. The chamber would be built on pylons, sidestepping the land-use required by railways.

The project comes with a host of challenges: the heightened speed inside the hyperloop makes breaking and turning proportionately more risky, and the pods will have to designed to overcome Kantrowitz Limit, the top speed at which an object can move inside an air tube without choking the flow and forcing the air to come out at one end, like water out of a syringe.

Musk, while not delving too deeply into the project, has decided to crowd-source the solution from college students. SpaceX is sponsoring a competition with Texas A&M University where college students can design prototype hyperloop pods and eventually test them on a one-mile demo track near SpaceX headquarters in June next year.

Before the teams can test their prototypes, they’ll have to make it past the design round, to be held on the Texas A&M campus in January. On August 20, SpaceX released the requirements for the pod designs: it must be less than 11,000 pounds, less than 14 feet in length, able to be moved manually, and have a 1 fault-tolerant breaking system.