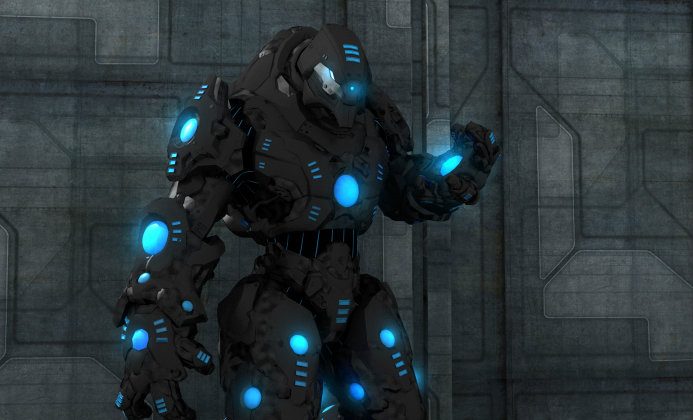 An conceptual illustration of a "battle robot." (Jesse Lang/Thinkstock)
Beyond Science

A robot apocalypse is the last thing anyone would expect from green-tech pioneer Elon Musk. After introducing the spectacularly successful and iconic Tesla electric cars and innovations in space travel through his company, SpaceX, he has now brought forward a bit of inconvenient truth regarding the mad pace of technological advancement. He has commented on the potential risk of over-dependence on increasingly intelligent robotic technology.

With a plan to get humans to Mars and to build an unprecedented high-speed transportation system, Musk is no new-age mystic predicting impending doom and gloom. Rather, he has heralded in a new age of scientific innovation and has often been portrayed as the real-life Tony Stark. So, why did Musk say something that seems to go against the grand view he has envisioned for the numerous companies and investments he has made in the technology industry?

Last week, during an interview on CNBC, when Musk was questioned about his artificial intelligence (A.I.) company, Vicarious, he said, “There are some scary outcomes, and we should try to make sure the outcomes are good, not bad.”

When asked whether Mars would be a reasonable hideout should smart robots kick us off our home planet, Musk said, “The A.I. would chase us there pretty quickly.”

Musk previously invested in A.I. company DeepMind, which was acquired by Google. High-profile investors in Vicarious include Amazon’s Jeff Bezos, Yahoo co-founder Jerry Yang, and Facebook’s Mark Zuckerberg, among others.

“It’s not from the standpoint of actually trying to make any investment return,” Musk said. “I like to just keep an eye on what’s going on with artificial intelligence. I think there is a potentially dangerous outcome there.”

Musk referenced the classic “Terminator” movies, where advanced technology gave birth to machines that could think and act independently, eventually turning against their human producers, and taking over the world.

Well, we’re not far off from the storyline. We already have 3-D printers that could replicate and produce more 3-D printers, and A.I. has made significant breakthroughs, with machines able to assist humans intelligently at present—and perhaps command in the future.

The concern is not radically new. Several years back, Sun Microsystems’ Bill Joy voiced a similar fear of our fate should we continue along the high-tech wave we’re riding with increased advances in A.I. Google futurist Ray Kurzwell has predicted that computer intelligence will catch up with humans as early as 2029. That’s only 15 years away.

Currently, several tech companies are tinkering with Musk’s Hyperloop concept, his plan for an ultra-high-speed transportation system. He said, “I understand that there are some companies that are forming to try to make the Hyperloop happen.”

“I encourage them. I think that’s great. I’m super-focused on Tesla and SpaceX and a small amount on SolarCity. So that basically completely uses up my brain. But I hope something happens with the Hyperloop. And if nothing happens with it, then I will probably do something down the road to try to make it happen.”

Having made his fortune from PayPal, Musk co-founded SpaceX in 2002, and has since put a satellite into orbit around Earth with a liquid-fueled rocket, the first privately funded company to accomplish this. Regarding the potential of SpaceX and exploration in the final frontier, he said in 2012, “An asteroid or a super volcano could destroy us, and we face risks the dinosaurs never saw: an engineered virus, inadvertent creation of a micro black hole, catastrophic global warming or some as-yet-unknown technology could spell the end of us.”

As for the potentially impending robot invasion, Musk offers no game plan or “privatized world peace” like Iron Man. All he has to say is, “You have to be careful.” Looks like that might not be enough!