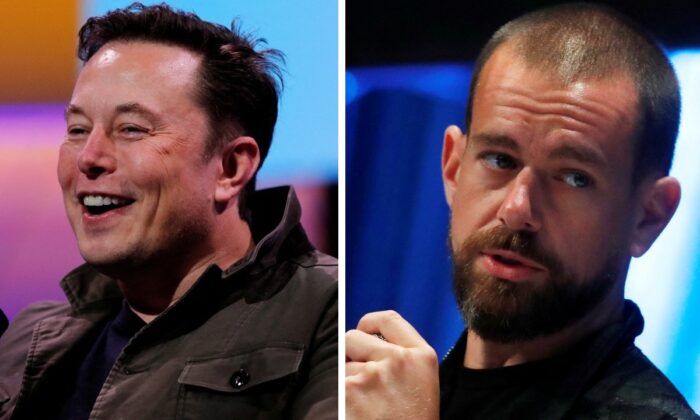 Elon Musk has subpoenaed former Twitter CEO and co-founder Jack Dorsey in the latest move in the legal battle over Musk’s deal to buy Twitter for $44 billion, according to court documents submitted on Aug. 22.

The filing with Delaware’s Court of Chancery seeks documents, messages, emails, financial statements, online chat or instant messages, recordings, and other forms of communication from Dorsey, who stepped down as Twitter’s chief executive last year.

Dorsey is asked to produce documents and communications “reflecting, referring to, or relating to Twitter’s use of any other user metric other than mDAU (monetizable daily active users), including but not limited to, daily active users” and any other Twitter metric that monitors active users on the social media website, according to the court filing.

Dorsey has yet to issue a public comment on the subpoena.

Dozens of other people, banks, and entities have been issued subpoenas by Twitter and Musk in the escalating legal fight. The trial is scheduled to start in mid-October and last for five days.

A recent ruling issued by Judge Kathaleen McCormick gave Musk’s attorneys access to information from Kayvon Beykpour, Twitter’s former head of consumer product. Musk’s team last week issued a subpoena to another former Twitter executive, Bruce Falck. Both Falck and Beykpour were fired on the same day in mid-May by CEO Parag Agrawal, according to a company spokesperson.

Twitter filed a lawsuit against Musk in a bid to force the tech billionaire to complete the purchase of the social media platform months after the two parties announced the deal. Musk, meanwhile, has countersued Twitter.

Musk has said Twitter wasn’t truthful about how many users are made up of spam and automated accounts. Twitter said that Musk’s claims about bot accounts are an excuse to walk away.

In April, on the same day Musk and Twitter first agreed to the deal, Dorsey wrote that he favors Musk’s buyout of the firm he co-founded.

If anyone were to be in charge of Twitter, he wrote at the time, “Elon is the singular solution I trust. I trust his mission to extend the light of consciousness.”