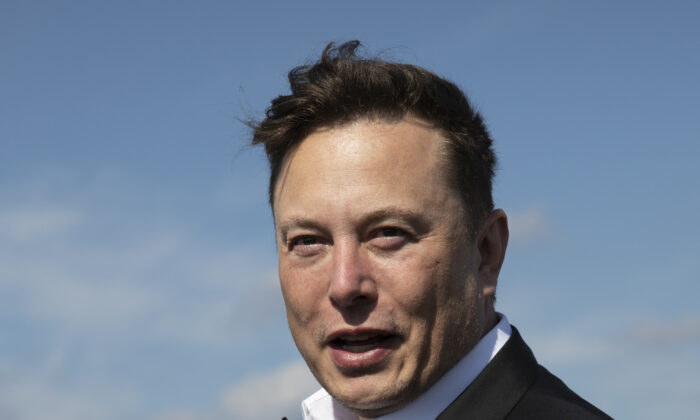 SpaceX’s Starlink, a satellite broadband service, started providing internet to Ukrainians in late February in the wake of the Russian invasion.

Since the war started, a number of entities have stopped carrying or banned Russian outlets, including U.S. platform DIRECTV and the European Union.

Musk, though, said his company wouldn’t do the same—with one caveat.

“Starlink has been told by some governments (not Ukraine) to block Russian news sources. We will not do so unless at gunpoint,” Musk wrote on Twitter.

“Sorry to be a free speech absolutist,” he added.

Many Russian outlets are state-funded or -backed.

When a user said that Russian outlets “are propaganda resources,” Musk responded that “all news sources are partially propaganda, some more than others.”

Musk has previously expressed support for Ukraine in its fight against Russia and Starlink was activated over the country at the request of a Ukrainian government official.

Ukrainian Vice Prime Minister Mykhailo Fedorov thanked Musk on Feb. 28, sharing a picture of terminals that had arrived in Ukraine.

Starlink is described as providing internet service by using “advanced satellites in a low orbit. The satellites that power it orbit the planet much closer to Earth than satellites that have traditionally linked people with internet.

Some 47 satellites were deployed to Ukraine as of March 3, according to SpaceX.

Musk warned users recently that Starlink was “the only non-Russian communications system still working in some parts of Ukraine” so they should “use with caution” because the “probability of being targeted is high.”