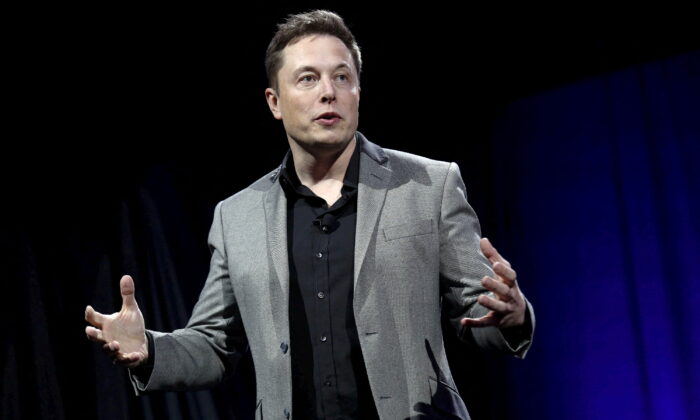 Elon Musk Says Twitter Must Be ‘Neutral,’ Says Leftists Are ‘Primarily’ Attacking Him

Billionaire entrepreneur Elon Musk said that Twitter must remain “politically neutral” after it was announced this week that he came to a deal to purchase the social media platform.

“For Twitter to deserve public trust it must be politically neutral, which effectively means upsetting the far right and the far left equally,” Musk wrote on Twitter.

It’s the latest in a series of Twitter posts about the platform that Musk wants to take private. Earlier this week, the two parties said they agreed he would purchase it for $44 billion.

In another post, Musk wrote that attacks against him are coming in “thick and fast” but “primarily from the left, which is no surprise.” He was responding to a comment from Daily Wire commentator Ben Shapiro.

“I should be clear that the right will probably be a little unhappy too,” the Tesla and SpaceX CEO wrote. “My goal is to maximize area under the curve of total human happiness, which means the [80 percent] of people in the middle.”

Earlier, Musk has been outspoken about promoting free speech on Twitter. He’s also said the company has engaged in censorship and has criticized the firm’s content moderation policies.

“If people want less free speech, they will ask government to pass laws to that effect,” Musk wrote in another post this week. “Therefore, going beyond the law is contrary to the will of the people.”

Twitter, meanwhile, reported Thursday that it had 229 million daily users in the first quarter of 2022, which is up about 15 million from the December-ended quarter. Analysts said in notes that the rise was higher than expected, although the firm said its revenue rose to $1.2 billion in the first quarter—slightly below earnings forecasts.

Twitter has long faced criticism for its sluggish pace of product launches. Musk has tweeted suggestions ranging from releasing a widely-demanded edit button to making the Twitter algorithm open-source.

Twitter said an internal error resulted in the company overstating quarterly user numbers by about 1.5 million between the fourth quarter of 2020 to the end of 2021. The company said it also overstated the figures in 2019, but was unable to provide data.

“The macro-environment is becoming hostile with advertisers curbing their spending as they deal with inflation, which is running at a four-decade high,” said Haris Anwar, senior analyst at Investing.com.