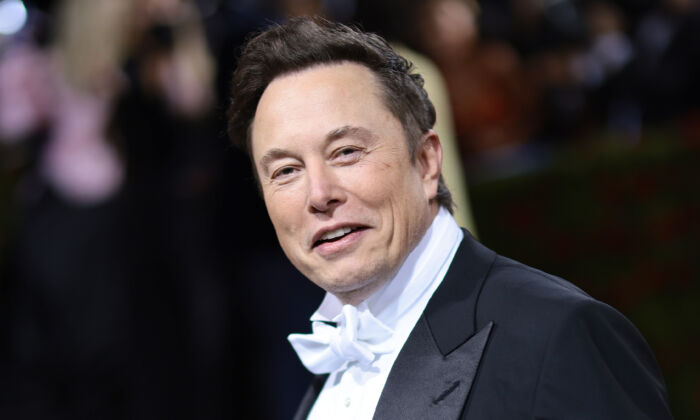 Elon Musk attends The 2022 Met Gala Celebrating "In America: An Anthology of Fashion" at The Metropolitan Museum of Art in New York on May 02, 2022. (Dimitrios Kambouris/Getty Images for The Met Museum/Vogue)
Politics

The world’s richest man Elon Musk said on Monday he will be voting for Republicans in upcoming elections.

Musk did not elaborate whether he was referring to the upcoming November midterms or the 2024 U.S. presidential election.

The Tesla CEO told a Miami tech conference that he will be voting for Republicans despite classifying himself as a “moderate, neither Republican nor Democrat.”

“I have voted overwhelmingly for Democrats, historically—overwhelmingly. Like I’m not sure, I might never have voted for a Republican, just to be clear,” Musk said in the video of the conference posted by All-In Podcast. “Now, this election, I will.”

Musk’s somewhat-unsolicited description of his voting preference came after a conference host asked about his motivations for purchasing Twitter. In response, he described the social media platform as currently having “a very far-left bias”.

Musk clarified the $44 billion deal is “not some right-wing take over,” but instead a “moderate take over and an attempt to ensure that people of all political beliefs feel welcome on a digital town square and they can express their beliefs without fear of being banned or shadowbanned.”

Musk’s remarks echo a graphic he posted on Twitter in April, soon after he announced his plans to purchase the social media platform. The picture, depicting the three political spectrums dated 2008, 2012, and 2018, suggests that his relative political stance changed only because those on the left have drawn out the spectrum by going further left, making Musk a “moderate.”

Musk’s comments come as Jeff Bezos, founder of Amazon and the now third-richest man in the world, took issue with a recent Twitter post by U.S. President Joe Biden that blamed inflation on “the wealthiest corporations”, describing the Biden post as “misdirection.”

“The newly created Disinformation Board should review this tweet, or maybe they need to form a new Non Sequitur Board instead,” Bezos said.