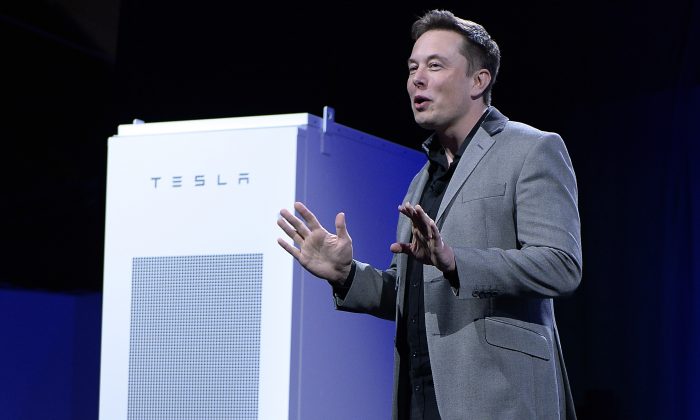 Elon Musk, the SpaceX CEO, said that the company’s Falcon 9 rocket is ready to launch once again.

Musk said the rocket, which made an upright landing on Dec. 21, was undamaged.

Falcon 9 back in the hangar at Cape Canaveral. No damage found, ready to fire again.

“Falcon 9 back in the hangar at Cape Canaveral.” Musk wrote on Instagram.

Musk has said that a Falcon 9 rocket costs about $60 million to make, but only $200,000 to fuel. That means if the rocket could be reused, it could save SpaceX a great deal of money and make space exploration much more viable.

A reusable rocket dramatically reduces the costs of space exploration. Before it cut its Space Shuttle program, NASA said that sending a spacecraft to complete a mission cost around $1.6 billion per flight.

“SpaceX believes a fully and rapidly reusable rocket is the pivotal breakthrough needed to substantially reduce the cost of space access,” SpaceX wrote on its website in early 2015. “The majority of the launch cost comes from building the rocket, which flies only once. Compare that to a commercial airliner—each new plane costs about the same as Falcon 9, but can fly multiple times per day, and conduct tens of thousands of flights over its lifetime. Following the commercial model, a rapidly reusable space launch vehicle could reduce the cost of traveling to space by a hundredfold.”

The recent progress on SpaceX’s behalf appears to be worrying Russian officials.

Dmitry Rogozin, the Russian deputy prime minister in charge of the country’s defense ministry, said that Moscow is looking to make space exploration cheaper. He took a subtle shot at Musk but also praised him.

“The main goal today is to make space cheap,” Rogozin said, according to Bloomberg. “Competitors are stepping on our toes. Look at what billionaire Musk is doing with his projects.”

His comments likely were touching on SpaceX’s successful liftoff and landing of a reusable rocket.