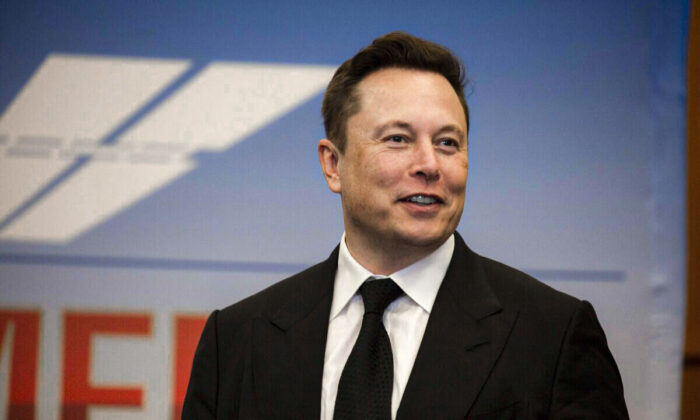 Elon Musk, founder and CEO of SpaceX, participates in a press conference at the Kennedy Space Center in Cape Canaveral, Fla., on May 27, 2020. (Saul Martinez/Getty Images)
Investment

Tesla Chief Executive Elon Musk has said he believes that Bitcoin is not a good substitute for transactional currency due to its low transaction volume and high transaction costs.

Speaking to Time magazine after being named Time’s 2021 Person of the Year on Monday, billionaire Musk instead touted Dogecoin, created by software engineers Billy Markus and Jackson Palmer, as a safer bet for transactions.

“The transaction value of Bitcoin is low and the cost per transaction is high. At least at its base level, it’s suitable for a store of value. But fundamentally, Bitcoin is not a good substitute for transactional currency,” Musk said.

“Even though it was created as a silly joke, Dogecoin is better suited for transactions … The total transaction flow that you can do with Dogecoin—transactions per day—has much higher potential than Bitcoin. It is slightly inflationary, but that inflationary number is a fixed number as opposed to a percentage. So that means over time its percentage inflation actually decreases. And that’s actually good, because it encourages people to spend rather than hoard it as a store of value.”

Musk’s comments come shortly after Bitcoin dropped below $46,000 on Monday, marking the lowest it has traded at since early October and following a volatile week of ups and downs.

On Sunday, SEC Chairman Gary Gensler doubled down on previous remarks he has made regarding the lack of investor protection surrounding cryptocurrencies and reiterated the need for regulation.

“The crypto asset market, $2 trillion-plus in size around the globe, needs more investor protection. The public’s anticipating some profit based upon the efforts of some entrepreneur or computer-science group that’s raised money from the public. That fits in our broad remit at the SEC,” Gensler told The Wall Street Journal.

“Our main goals are around protecting the investing public, capital formation, and the markets, protecting against fraud and manipulation,” the SEC chairman added, before urging crypto exchanges to “come in, work with the SEC, get registered.”

In the midst of impending tighter regulations, Bitcoin tumbled to a low point of $42,000 in early December after reaching an all-time high in November, driven by fears over the then-recent news of the Omicron variant of the CCP (Chinese Communist Party) virus, which prompted investors to move funds away from riskier assets into safer ones.

Following his interview with Time, Musk took to Twitter on Monday to announce that his company is working on a program to take carbon dioxide (CO2) out of the atmosphere and convert it into rocket fuel while inviting people to participate in the program.

Musk announced the news on Twitter and invited people to participate in the program, writing: “SpaceX is starting a program to take CO2 out of atmosphere & turn it into rocket fuel. Please join if interested.”

“Will also be important for Mars,” he added.