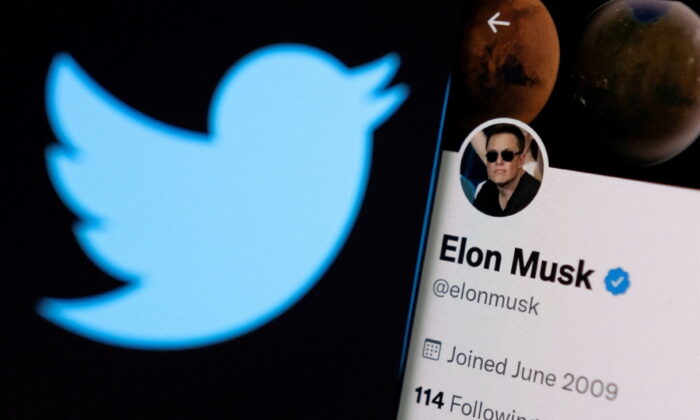 Elon Musk has called on an independent journalist to provide information on how the U.S. government is allegedly pressuring Twitter to suspend the journalist’s account for posting anti-vaccination content.

Musk asked Substack writer, Alex Berenson, in a July 6 post on Twitter, about Berenson’s allegation that the U.S. government had pressured Twitter to censor him for posting his opinion questioning the efficacy of COVID-19 vaccines.

“Can you say more about this: ‘… pressures that the government may have placed on Twitter …’,” Musk said, referencing Berenson’s blog post about being suspended by Twitter.

Can you say more about this: “… pressures that the government may have placed on Twitter …”

“I wish I could,” Berenson said minutes later, responding to Musk, “but the settlement with [Twitter] prevents me from doing so. However, in the near future I hope and expect to have more to report.”

In a blog post published July 6, Berenson elaborated that despite his inability to discuss his case now, he will be able to disclose further “in the near future.”

“You know what it took Twitter to admit it shouldn’t have done what it did? You do not, and I can’t tell you, because the statement is all I can say about the settlement,” Berenson wrote.

“The settlement does not end my investigation into the pressures that the government may have placed on Twitter to suspend my account. I will have more to say on that issue in the near future,” he wrote.

“I made a promise to readers last month, and I take my promises to readers seriously.”

What attracted Musk’s attention was Berenson’s claim that government entities were pressuring Twitter to suspend Berenson over vaccine claims.

“It doesn’t stop infection. Or transmission. Don’t think of it as a vaccine. Think of it—at best—as a therapeutic with a limited window of efficacy and terrible side effect profile that must be dosed IN ADVANCE OF ILLNESS. And we want to mandate it? Insanity,” Berenson wrote in a Twitter post in August last year, hours before Twitter suspended his account.

In Berenson’s  lawsuit against Twitter, he alleges that the social media platform “acted on behalf of the federal government in censoring and barring him from to its platform.”

“Mr. Berenson’s relationship with Twitter changed dramatically over the course of one week in July 2021,” read Berensen’s complaint, filed on Dec. 20, 2021.

“By Friday, President Biden himself piled on, blaming social media companies for ‘killing people’ on account of their failure to adequately censor content. Hours after President Biden’s comment, Twitter locked Mr. Berenson out of his account for the first time,” it said.

“On August 28, in the wake of even more calls for censorship from government officials, Twitter permanently suspended Mr. Berenson from its platform, citing ‘repeated violations of our COVID-19 misinformation rules.’ Mr. Berenson did not violate those rules. Twitter, on the other hand, broke its promises to Mr. Berenson as well as its policies, and violated his rights as it served the federal government’s censorship demands,” the court filing continued.

“This case raises significant questions about private power and the state of free speech in America.”

Later on July 6, Musk commented on another post by author Glenn Greenwald that alleges officials in the Biden administration “pressure or coerce private actors to censor” free speech.

Musk, who is still finalizing a multi-billion dollar deal with Twitter, said in May that the platform has a “strong left-wing bias”.

The billionaire also called censorship on Twitter a “civilization risk” in April and suggested in May that he will lift the ban imposed on former President Donald Trump after he takes over.