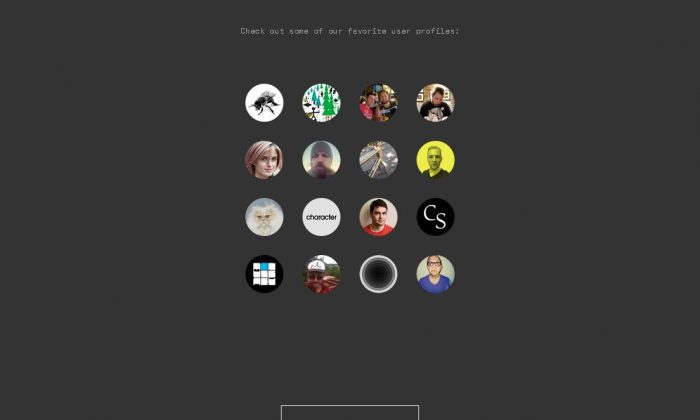 Ello is social media network that is designed to operate without ads, but it’s currently invite-only. (Screenshot/Ello.com)
Tech

Ello is social media network that is designed to operate without ads, but it’s currently invite-only. One can “request and invitation” on the bottom of the page.

The website has started to gain traction on Wednesday, with more than 50,000 searches for the site on Google, according to its Google Trends feature.

Ello was created by Paul Budnitz, and he spoke with the Daily Dot. “Yes, we’ve been hearing about the Facebook drama too over the last few days,” Budnitz said.

A few days ago, Facebook reportedly has been cracking down on users that aren’t using their real names.

In the Daily Dot article, he reassured his new userbase: “You don’t have to use your ‘real name’ to be on Ello. We encourage people to be whoever they want to be. All we ask is that everyone abide by our rules (which are posted on the site) that include standards of behavior that apply to everyone. We have a zero tolerance policy for hate, stalking, trolls, and other negative behavior and we’ll permanently ban and nuke accounts of anyone who does any of this, ever.”

“Honestly, we don’t really pay much attention to what Facebook and others are doing,” Budnitz told the website. “We’re just building Ello into the network that all of us really want to use, and it turns out that Facebook (and all the other networks) are doing just the opposite.

Here’s what Ello’s “manifesto” reads: “Every post you share, every friend you make and every link you follow is tracked, recorded and converted into data. Advertisers buy your data so they can show you more ads. You are the product that’s bought and sold.”

“We believe a social network can be a tool for empowerment. Not a tool to deceive, coerce and manipulate — but a place to connect, create and celebrate life.”