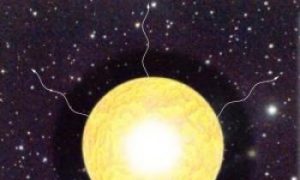 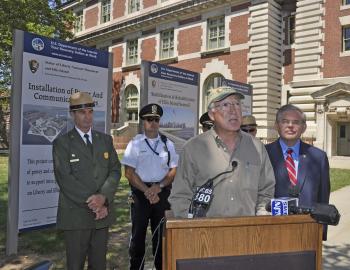 biggersmaller
Print
NEW YORK—Three restoration projects are set to start on Ellis Island this summer funded by $29 million from the American Recovery and Reinvestment Act.

The funds will help restore 5,500 feet of deteriorated seawall that buffers the island, upgrade communication systems between Ellis and Liberty islands, and restabilize the three story hundred-plus-year-old baggage room and dormitory on Ellis where America’s newest immigrants waited for their American identities.

“The lineage of so many Americans can be traced coming through these places,” said Secretary of the Interior Ken Salazar at a press conference on Ellis Island on Monday. “The history of this country and this people is so much focused here at Ellis Island,” he said.

“People need jobs so this economy can recover,” said Sen. Robert Menendez (D-N.J.). “America needs to preserve its proud rich immigrant history, and that is in fact a marriage of incredible value.”

Salazar said that the American Recovery and Reinvestment Act will create over 200,000 jobs in New York and over 100,000 in New Jersey.

The baggage and dormitory area will not be fully restored with the contract, full restoration would cost about $60 million, said Dave Luchsinger, superintendent of the Statue of Liberty National Monument and Ellis Island. The proposed reparations include cleaning out the majestic brick building, which is full of construction leftovers, old wooden doors, lamps and dust, from projects on other parts of the island. The building will have a temporary new roof.

Luchsinger recounted the drama of newly arrived immigrants; “Give me your life’s belongings and go upstairs,” were their instructions he said.

When the immigrants, most of whom did not speak English, arrived, they were told to drop their luggage off on the first floor then go upstairs to have their names processed. When asked their names, some, mistaking the question, “What’s your last name” for, “Where are you from?” would answer with their town of origin and be written down in U.S. records with a new name.

Contracts for the three projects have been signed and work will begin later this summer.

Phoenix Marine Co. Inc. from N.J. will restore the seawall under a $20.9 million contract. A second Jersey company, APS Contractors, has signed for $6.7 million to restabilize the baggage and dormitory.

New York based engineering company, Cutting Edge Group, signed a $1.5 million contract to install the new communications systems of which no details were discussed at the conference.