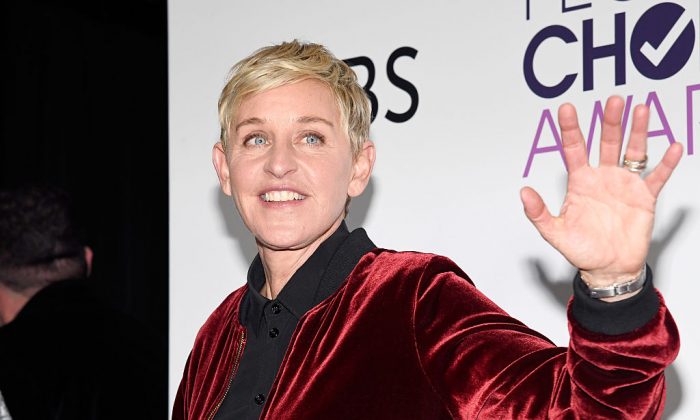 Ellen DeGeneres Reveals Her Father Elliott Has Passed Away Aged 92

Ellen DeGeneres’s father Elliott has died at the age of 92.

The TV talk show host revealed that he had passed away during an emotional segment of her show on Thursday, Jan. 11.

Ellen said that he had lived a “good long life”.

Alongside a picture of him from when she was a child, she said: “That is my dad, Elliott. That’s me when I was, I don’t know how old I was, but I do remember that picture. He was 92 years old, he had a good long life, and he lived his life exactly how he wanted.

She wrote: “This week, at the age of 92, my father Elliott DeGeneres passed away. He lived a good long life. It wasn’t unexpected. I was able to say goodbye.”

Ellen recalled a childhood vacation with her father on which they took a tour of the Warner Bros. lot, where she now presents her show.

“I have my own stage with my name on it, and he was really proud of that.

“Before he passed away I got to talk to him, I got to say goodbye to him, and I was leaving the building and I looked back, and there was a rainbow over the Warner Bros. studio …

“This is what I saw after I talked to my dad, and he died 10 minutes later. Pretty amazing.”