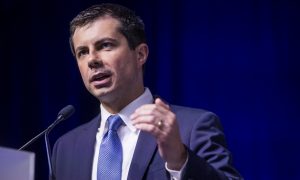 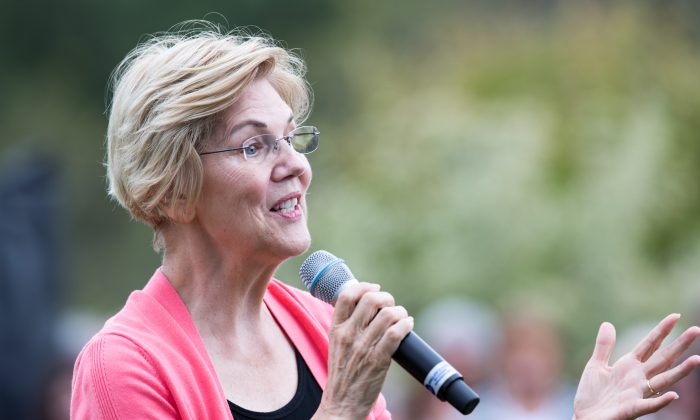 Sen. Elizabeth Warren (D-Mass.) said she would not allow the son or daughter of her vice president to sit on the board of a foreign company before quickly changing her answer.

Warren was asked if her ethics plan would let the child of her vice president sit on the board of a foreign company and she replied, “No.”

She then quickly changed her answer, adding: “I don’t know. I mean, I’d have to go back and look at the details.”

A campaign spokesperson for Warren later told a Washington Post reporter that the child of Warren’s vice president could actually serve on the board of a foreign company.

“The [ethics] bill doesn’t prevent any children of a VP from serving on a company’s board,” the spokesperson said.

A Warren campaign spox on whether, under a Warren administration, her VP’s child could serve on the board of a foreign company: “The [ethics] bill doesn’t prevent any children of a VP from serving on a company’s board.”

Warren was campaigning in New Hampshire on Sept. 25 when she was asked the question.

The question arose because former Vice President Joe Biden’s son Hunter Biden was on the board of Burisma, a Ukrainian energy company, while his father was in office.

Joe Biden—who along with Warren is one of the top Democratic presidential contenders—bragged last year that he pressured Ukraine to fire a prosecutor. Biden did not mention that the prosecutor was probing Burisma, a company linked to his son.

Biden this week denied talking to Hunter Biden about his business dealings but Hunter Biden said earlier this year that he had spoken with his father about Burisma.

One of Warren’s ethics bills would mandate the president and vice president divest personal financial interests that pose a potential conflict of interest.

Warren’s stop came after a new poll showed her with a slight lead over Biden, who has thus far been the frontrunner in many polls. Warren and Biden appear to have separated from the rest of the pack, with Sen. Bernie Sanders (I-Vt.) falling back to the second-tier with South Bend Mayor Pete Buttigieg and Sen. Kamala Harris (D-Calif.).

Warren was also on top in two recent national polls: one from the Economist and YouGov and another by Quinnipiac.