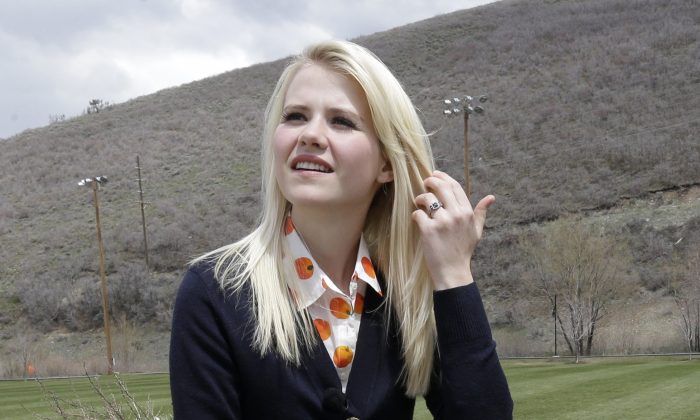 Elizabeth Smart looks on before an interview Tuesday, May 7, 2013, in Park City, Utah. Smart said she's elated to hear about three Cleveland women who escaped Monday after they disappeared a decade ago. Smart was kidnapped from her bedroom in Salt Lake City when she was 14. She was freed nine months later when she was found walking with her captor on a suburban street in March 2003. (AP Photo/Rick Bowmer)
US

Smart described the ordeal to Vieira on NBC, saying that she “didn’t feel human” after she was abducted in 2002. “How could I?” she questioned.

Smart was taken from her Salt Lake City house in the dead of night by Brian David Mitchell, a former street preacher who claimed to be a Messiah, and his wife Wanda Barzee. Mitchell took her to California and chained her at a makeshift campsite.

The three returned back to Utah and a biker spotted her and her abductors after recognizing them on “America’s Most Wanted.”

The NBC interview will be aired Friday.

Smart, now 25, has become a missing children’s advocate and author.

Mitchell was convicted in 2011 of kidnapping and sexual assault. He is now serving two life sentences at an Arizona prison.

Barzee was given a 15-year sentence for her role in the abduction.

Smart is slated to release a book, “My Story,” which is due out Oct. 7, according to the Daily News.