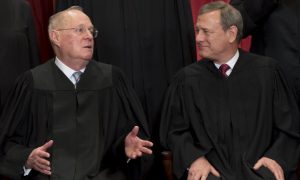 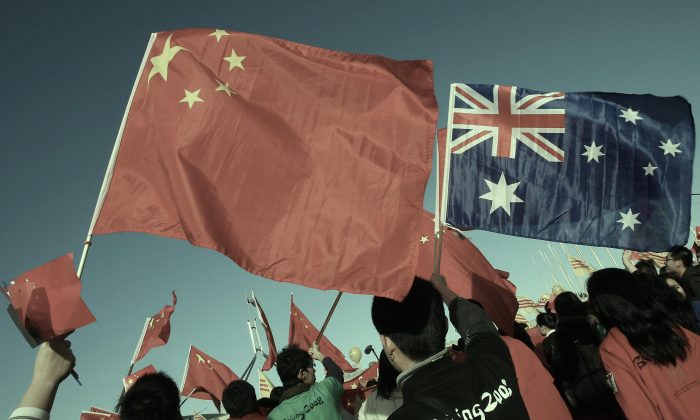 Elites for an Evil Empire

Australians have been extraordinarily fortunate since the settlement in 1788. This is not only because the continent was gradually colonised by Great Britain, a world-wide power whose first governor brought with him the rule of law and also came with unique instructions to protect the Aboriginal people and to live with them in “amity and kindness.”

This was also an empire in which even her recently lost American colonies had been the freest the world had seen.

Unlike the Bourbons, the British learned from the American War of Independence and delivered self-government first to the settled colonies as soon as they were ready, and later to most others.

But in addition, Australians have had the good fortune to live in a world in which the dominant power, first Britain, then the United States, shared the same language and the same values and has been protective of our very existence.

Yet now, some key Australian elites want us to slip ever so gradually into the orbit of a communist power which has long shown itself to be impatient with Hong Kong retaining the freedoms bequeathed by the British.

Perhaps those pro-Beijing elites had once naively thought that the introduction of a fascist-style corporate state by Deng Xiaoping indicated they would go down the democratic path. But this was no more than a last-ditch attempt to save the regime after Mao Zedong’s brutal and disastrous dictatorship.

That the communists never intended to liberate the Chinese people was made absolutely clear twenty years ago. With a paranoia worthy of Stalin and Mao, they showed they would never tolerate any association, even a spiritual or religious one, not under their rigorous and dictatorial control.

So just as they had targeted both the house-church Christians who refuse to join the communist-front ’patriotic’ churches and the Muslim Uyghurs, so the regime on July 20, 1999, declared the politically innocuous and intensely spiritual Falun Gong movement to be ‘heretical.’

But rather than being political, Falun Gong does no more than combine the practice of slow-moving exercises and meditation with a moral philosophy emphasising truthfulness, compassion, and tolerance. This is an association dedicated to doing good; Aristotle would have approved.

What terrified the communists was that the number involved, up to 70 million, far exceeded the size of the communist party. Clearly, the Chinese people want more than the barren official atheistic Marxism which even party bosses do not believe.

Being the undisputed heirs of what Churchill described as a ‘bacillus plague,’ the communists decided they would never tolerate so many people falling outside of their vice-like grip.

To demonstrate their total moral depravity, the communists decided to extend to the Falun Gong a disgusting practice they applied to those found guilty of a capital crime.

Bear in mind that being found guilty in a communist republic is meaningless. Criminal justice there operates under the principle enunciated by Stalin’s secret police chief, Lavrentiy Beria: “Show me the man and I’ll find you the crime.”

With a rate of conviction of over 99.9 percent, many of those executed are clearly innocent. To compound this evil, the communists monetized these killings by selling off their organs to satisfy an increasing demand for transplants.

Dr. Enver Tohti recently gave evidence as to how he is still haunted by the memory of operating on a prisoner who had been shot in the right side of his chest.

Cutting into the body, he realised the man’s heart was still beating. Nevertheless, he was ordered to remove the liver and both kidneys, sew the body back up, and “remember that today, nothing happened.”

With the Falun Gong, the dictatorship has dispensed with the façade of a trial and made them mass victims of the vile practice of organ harvesting.

This is not a wild, unsubstantiated accusation. Shocking under-cover footage, broadcast last May by Fox, shows Falun Gong believers imprisoned, seriously mistreated, and tortured with damaged victims handcuffed to beds. That Falun Gong, while still alive, have their organs cut out from their bodies has been confirmed by several reliable sources.

One unanswerable fact is that the availability of organs on demand in China vastly exceeds the small number of registered donors together with the number of executions. The difference must obviously come from another source. The inescapable conclusion is that this comes from the Falun Gong.

Extrapolations from the extraordinary number of transplant operations undertaken in China indicates the number involved is large, with one estimate from a reliable Canadian source concluding that there have been around one and a half million victims.

Now, the extensive forced medical examinations of both the persecuted Muslim Uyghurs and house-Christians suggest that the regime may well be planning to profit next from further acts of what can only constitute the crime of genocide.

An important and rigorous report into Beijing’s organ harvesting by an independent expert tribunal was recently handed down in London. This was chaired by Sir Geoffrey Nice QC, a leading human rights lawyer who had led the prosecution of the former Yugoslavian President Slobodan Milosevic at the International Criminal Tribunal.

In its meticulous report, the tribunal indicates that it is satisfied unanimously and beyond reasonable doubt that crimes against humanity had been committed under the authority of the People’s Republic. These include acts of torture, with enemies of the state being medically tested and killed for their organs.

The Australian apologists for the Beijing communists clearly have nowhere to go. Our destiny cannot be to become a satellite of any power, and certainly not of such an evil empire.

As for those Australians in public life, politicians including retired superannuated ones, financiers, and people in business dealing with these criminal offenders, the words of the great Edmund Burke could not be more appropriate:

“The only thing necessary for the triumph of evil is for good men to do nothing.”