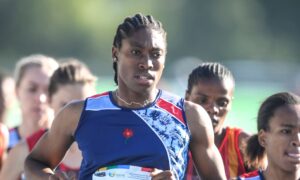 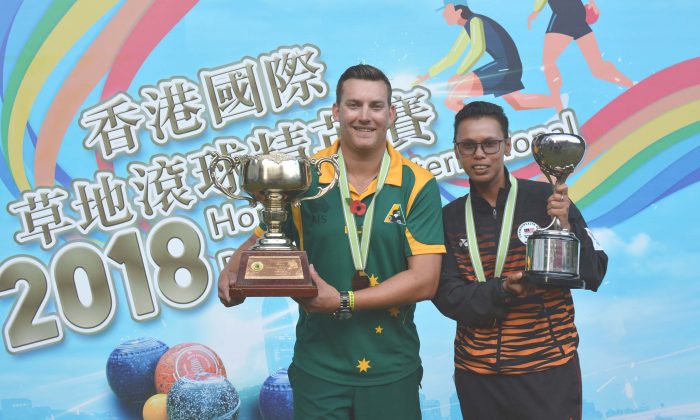 Twist returned this year as defending champion for the pairs and had an eagle eye on the Singles trophy, “After winning a bronze in the Singles and the gold in Pairs, the Singles was definitely a title I wanted to win.”

Twist narrowly prevailed in the first set when Tennant’s last bowl was a bit too heavy and failed to draw another shot to tie the set.

In the second set Tennant came back strongly and played a number of delicate drawing shots.  This forced Twist to play heavily to break the head, “I found it was a bit difficult to play certain shots on the rink so I opted to play with more weight.”

Twist’s firing shot saved him some of the ends however it was not enough to stop Tennant from taking the set 9:4.

In the extra game, Twist continued with the same tactic.  When Tennant had a bowl really close to the jack, he drove the jack into the ditch and won two in the first end.   In the second set, the same tactic did not work as he slide the jack to Tennant’s bowls and lost two.

In the last end, Tennant accidentally pushed Twist’s bowl into the head with his second bowl.  He tried to take it out and despite hitting the target on both attempts, the bowl stayed and Twist won the title.

Twist is obviously very happy about winning the Singles, “Last year I got the bronze so this year I tried to do better than that.  I am really pleased to play well in the singles and this is a good lead up to the pairs event.”

“The final is a really close game and Aaron played very well.  I came up with some great bowls in the right time and I believe it was the drives that won me the match.  Drive is an important part of the game particular here because you cannot always outdraw your opponent, it was nice to be able to find another way of winning,” said Twist.

The women’s singles was an all-Malaysian affair when 2014 Classic singles winner Siti Zalina Ahmad took on her teammate Emma Firyana Saroji.  They have partnered to win the pairs gold in the Commonwealth Games, Asian Championship and SEA Games this year.

Zalina took the first set 13:3 and Saroji came back in the second set to win 10:1.  In the extra set, Zalina displayed the composure to take five shots in the first two ends to kill the game.

Zalina was happy to play against her teammate in the final, “I think we showed quite good quality game in the final and we are both happy about that.  We are always training together so understand each other well.  The green is a bit tricky so it needs more patience.  And it is such patience and consistence that won me the game.”

She wants to make new history with Firyana to win more pairs titles and the next one on the agenda is the Classic pairs, a title she won with Nor Hashimah Ismail back in 2008.

The Classic Pairs started on Monday and will finish this Sunday with play at Craigengower Cricket Club, Hong Kong Football Club and Indian Recreation Club.

Same as last year, the finals are live on YouTube: http://www.hklba.org/live.