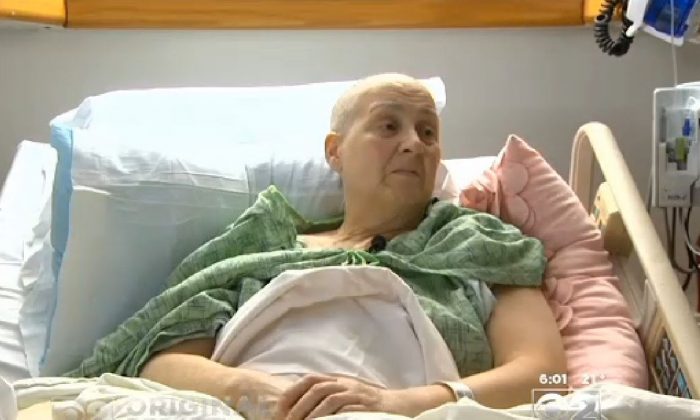 Elisa Madonia (Screenshot of CBS)
US

Elisa Madonia’s lawsuit is targeting her former employer, which allegedly fired her after her doctors said she needed cancer treatment and would have to take time off.

Madonia, who is from Illinois, was diagnosed with stage three esophageal cancer last October, reported CBS.

Her doctors then sent her employer letters about her cancer treatment, which could include chemotherapy, surgery, and radiation.

Two hours after they got the letter, her employer called her into the office and said they suggested that she resign and offered to pay six months worth of COBRA. They then fired her.

“For the worst possible moment of her life, being diagnosed with stage three esophageal cancer, it was the cruelest thing I ever heard,” said Kathleen DeRosa, Madonia’s doctor, according to CBS.

“I’ve been fighting for my life,” Madonia told CBS. “Not only am I being hit with a disease that I have cancer, now you take my job too?”

She filed a disability discrimination lawsuit against her company, S37.

“I think they had an obligation to sit down with Elise and say ‘Hey what can we do here? Can you work three days a week? Can you telecommute for some period of time?’ Instead of the knee jerk reaction of firing her on the spot,” lawyer Eugene Hollander said, according to the New York Daily News.

S37 lawyer Brian Garelli declined to comment until he views the lawsuit.