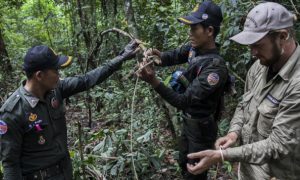 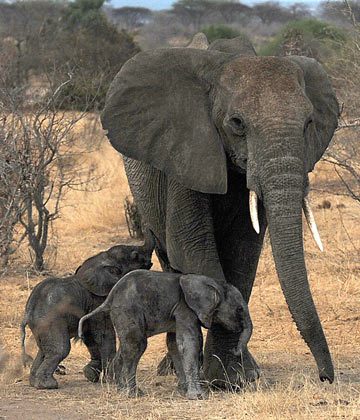 The Wildlife Conservation Society (WCS) and the Tanzanian government have launched an ambitious new initiative to protect East Africa’s largest population of elephants (Loxodonta Africana). With funds from USAID, the plan aims to reduce poaching and protect biodiversity – including the area’s 25,000 elephants- across an 115,000 square kilometer ecosystem.

Called the Southern Highlands and Ruaha-Katavi Protection Program (SHARPP), the project outlines four areas of focus: Wildlife Management Areas, livelihoods, habitat conservation, and elephant monitoring and protection. WCS will fund and collaborate with local communities, the government, and NGOs to implement the program.

“Following the loss of some 50,000 elephants across Tanzania in the last six years… the Rungwa-Ruaha represents the biggest remaining subpopulation of elephants in eastern Africa,” Tim Davenport, the director of WCS in Tanzania, told mongabay.com. “Our aim and hope is to arrest this decline and start to help the elephant population across this huge landscape rebuild.”

Davenport added that SHARPP’s provisions for livelihoods and community support “focus on women and the youth, an increase in ongoing WCS education programs across the landscape [and] further support to Wildlife Management Area (WMA) development.”

In so-called Wildlife Management Areas, community organizations partner with businesses to provide local residents with sources of sustainable income such as beekeeping, forestry, fishing, and ecotourism. Conservationists hope these programs galvanize local interest in conservation and ensure communities benefit from their natural resources.

Most of all, SHARPP promises to increase law enforcement in an area that has been hard-hit by poaching. With limited resources, controlling wildlife crime in an area the size of Ohio presents an immense challenge. Even Ruaha National Park, the best-patrolled park in the area, employs only 120 park rangers— which breaks down to just two rangers for every Manhattan-sized piece of land. WCS says they plan to complement existing anti-poaching activities with aerial surveillance, detection dogs, spatial monitoring, and anti-trafficking strategies. SHARPP further outlines the introduction of proven techniques from anti-poaching campaigns across Central Africa and Asia, like crime-scene management, to help strengthen the existing capacities of ranger patrols in the area.