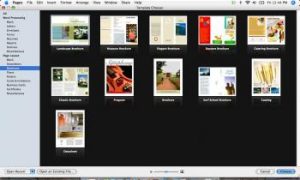 Published in the Dec. 22 issue of the peer-reviewed scientific journal Biology Letters was a paper with hand-drawn figures, colloquial phrases and jokes, and no citation of previous research.

“[The children] asked the questions, hypothesized the answers, designed the games (in other words, the experiments) to test these hypotheses, and analyzed the data. They also drew the figures (in colored pencil) and wrote the paper,” Lotto wrote in the abstract of the paper. “I trained the bees and transcribed the children’s words into text,” he said.

Buff-tailed bumblebees (Bombus terrestris) were used in the study. The children devised a rule that determined where sugar water was placed in panels of 16 circular holes arranged in rows of four, and tested how the bees learned the rule. During the training sessions, the four circles in the middle were lighted either blue or yellow, and the surrounding circles were in the other color.

“It was a difficult puzzle, because the bees could not just learn to go to the color of the flower,” the paper reads.

“Instead, they had to learn to go to one color (blue) if it was surrounded by the opposite color (yellow), but also to go to the opposite color (yellow) if it was surrounded by blue. We also wanted to know if all the bees solved the puzzle in the same way. If not, it would mean that bees have personality (if a bee goes to the blue flower every time, it tells us that it really likes blue).”

After the training, the bees were given three tests. In the first test, the colors were arranged in the same pattern as the training phase. Overall, the children found that the bees went to the middle circles more than the surrounding ones.

Looking at each bee individually, the children found that one bee mostly chose the correct circles both when they were blue and when they were yellow. Three other bees had a preference for one particular color (one of them blue and the others yellow) and didn’t go to the other color (except for one bee that did it once). These bees mostly chose the color they preferred when it was the correct color, but chose it only occasionally when it was the incorrect color. The remaining bee didn’t come out to make any choice.

“We conclude that one bee went to a mixture of colors in the correct locations, but the rest preferred one color over the other. However, although they preferred one color, they only went to the middle of the panel that had that color (as this is the flower that would have had a reward). This test shows that altogether the bees solved the puzzle very well, as their choices collectively were divided between all blue and yellow rewarding flowers,” the children said in the paper.