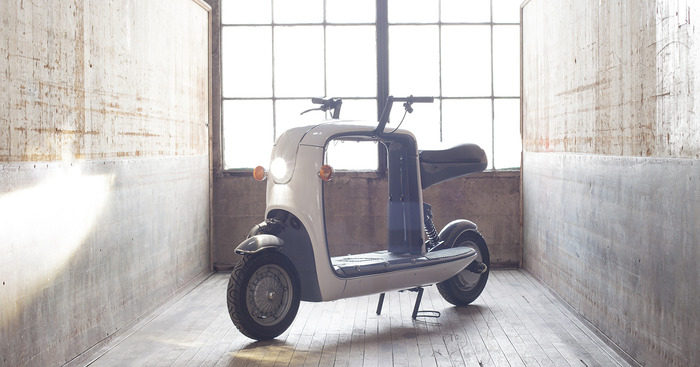 San Francisco-based Lit Motors has developed an odd-looking but totally cool 100 percent electric scooter, Kubo, which allows you to carry anything you want, from your iMac to the daily shopping.

It’s a “pickup truck on two wheels,” say the developers.

Although minimalist in design, the technical features are pretty good for an electric scooter.

The scooter is powered by a 3 kW high-torque rear hub motor, it can go up to 45 mph, and runs 50 miles after charging. The Kubo has an on-board charger that allows you to charge the scooter from any standard outlet.

Kubo is still in the development stage. On its Kickstarter crowdfunding campaign, it has raised about $46,000 of its $300,000 target with seven days left.