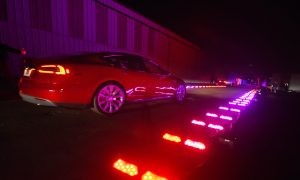 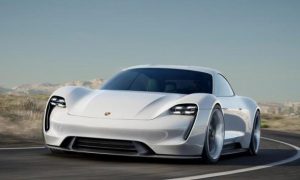 Porsche Has a New All-Electric Car and It's Amazing
0 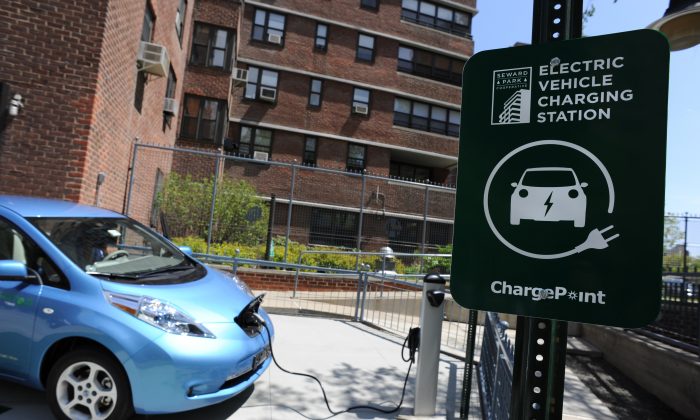 A Nissan Leaf electric car is plugged into a charging station at the Seward Park Co-op apartments on the Lower East Side of Manhattan May 6, 2011 in New York. (Stan Honda/AFP/Getty Images)
US

TEANECK, N.J.—Ask Art Vatsky about his electric car, and he’ll tell you about his smooth, quiet commute from Teaneck to the Bronx, the $100 he saves each month bypassing the gas pumps and everything about its engine.

But he’ll also tell you about its drawbacks: the limited range and lack of charging stations in New Jersey and elsewhere.

“For day-to-day use, it’s great, but I’m not using it for a family vacation,” said Vatsky, who leases the Honda Fit EV and teaches the next generation of mechanics how to repair these cars at Bronx Community College.

As millions of New Jerseyans hit the highway this holiday season, few will be doing so in an electric car.

Despite a break on sales tax and a recent push to install more charging stations on two of the state’s busiest highways, a new report showed New Jersey lags behind on electric vehicles, compared with some other Northeast states.

There are about 2,500 electric vehicles in New Jersey among the 5.7 million registered vehicles in the state. New Jersey trails New York, which has 12,000, Massachusetts, with 5,500, Maryland, with 5,000 and Connecticut, 3,000, according to a study by the environmental advocacy groups Conservation Law Foundation, the Sierra Club and Acadia Center.

Even as electric car sales dropped this year with gas prices plummeting, many auto manufacturers are betting on electric cars and hybrids, investing billions in technology and battery storage. Audi recently announced it expects 25 percent of its sales in North America to be electric by 2025, while Ford said this month it is investing $4.5 billion to add 13 electric vehicles to its product line by the end of the decade.

Announcements like that draw praise from clean-air advocates, who say the electric car is key to curbing smog and lowering asthma rates and other respiratory illnesses.

While New Jersey is part of a multistate effort to promote lower emissions, Governor Chris Christie’s administration hasn’t signed on to an eight-state pact that would provide more infrastructure and incentives toward getting 3.3 million electric vehicles on the road by 2025. And a number of pieces of legislation in recent years, from tax credits for owners of electric cars to requiring charging stations at shopping centers, have died in Trenton.

Electric-car owners often charge up at home by either plugging into an outlet where it could take up to 24 hours for a full charge or by installing faster Level 2 charging equipment that costs $400 to $700.

But key to expansion is building more charging stations. Although owners of a $70,000 Tesla Model S can drive more than 200 miles on a full charge, most electric vehicles have a range of 80 to 100 miles. In contrast, a small gasoline-only car, like a Mazda 3, has a 450-mile range, while hybrids like a Honda Civic model can get 600 miles.

There are about 40 public charging stations in Bergen and Passaic counties, up from 16 last year, according to the website plugshare.com. Locations range from a few dozen car dealerships to places like Englewood’s municipal garage, which has five chargers.

But getting those charging stations built along major highways has been a slow effort.

That may soon change. The New Jersey Turnpike Authority issued a contract in September to build at least 12 charging stations along the turnpike and Garden State Parkway to go along with some Tesla charging stations installed in June.

They would be located at the turnpike’s Molly Pitcher and Joyce Kilmer service areas to handle northbound and southbound traffic midway along the state’s busiest highway. The contractor, NRG EVgo of Princeton, would also choose a third rest area along the turnpike to install stations. Rest areas on the parkway have yet to be chosen. NRG EVgo would pay the authority $14,400 a year.

More may be built as customer demand warrants. The stations must be capable of delivering more than 60 miles of range in less than 30 minutes of charging time.

Another key is getting gas station owners on board. Only a handful of the almost 1,000 independent stations in New Jersey have installed charging stations, said Sal Risalvato, executive director of the New Jersey Gasoline, C-Store and Automotive Association.

Even the fastest charging station that now can give a full charge in a half hour could become obsolete in a short time as technology improves, Risalvato said.

Porsche Has a New All-Electric Car and It’s Amazing

“I toured a charging station plant down in Edison three years ago,” Risalvato said. “If my members had bought them back then, they would probably be looking at getting new ones by now.”

For consumers, New Jersey still offers no sales tax on a zero emissions vehicle, which provides considerable savings considering a car bought at $30,000 results in a $2,100 sales tax bill.

Vatsky hopes others can be swayed just as he was.

“I’ve saved thousands of dollars on gasoline that I never need to burn,” Vatsky said. “I think I’m hooked.”