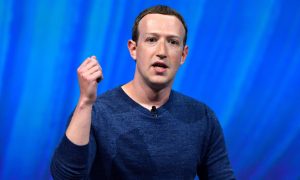 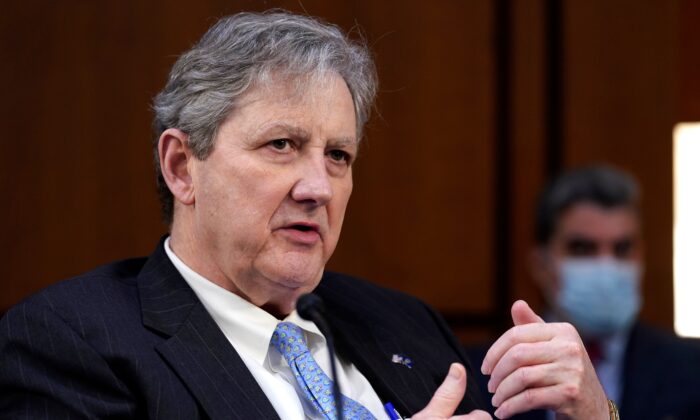 Sen. John Kennedy (R-La.) said that legal challenges to the election “elevate democracy,” and compared the questions of mail-in vote security to whether Americans would trust mailing a winning lottery ticket.

“Everybody’s entitled to their opinion—this is America,”  Sen. Kennedy told Fox News on Dec. 3 as he noted court challenges had caused uproar in the media, among many Democrats and with some Republicans. “The president has every right to offer his opinion about the election.”

“Number two, he has every right to go to court and contest the results of the election, and you have every right to disagree. But that doesn’t degrade democracy. It elevates it.”

“Should fraud be investigated? The short answer is yes,” Kennedy said. “The long answer is hell yes.”

Kennedy, who was elected as senator in 2016, said that mail-in voting wasn’t inherently fraudulent, but was prone to fraud.

“I think this is how lots of Americans look at it: They think to themselves, ‘If I won the Powerball, would I mail in my ticket to collect the money, or would I go in person?’ And I think the answer is obvious—they’d go in person.”

“I would try to get attorneys involved to understand the election codes in various states,” he said.

In addition to legal actions, Giuliani has also been asking state legislators to investigate evidence of what he claims to be massive fraud. Giuliani has also been trying to convince state lawmakers that the U.S. Constitution endows them and them alone with the responsibility to select the presidential electors from their states.

Last night, he told Michigan lawmakers they are the final arbiters of the election, after being invited to present witnesses and sworn affidavits to a state House committee hearing.

Giuliani said he was not asking the legislators to hand the state’s 16 electoral college votes—currently certified for Democratic presidential candidate Joe Biden—to Trump. Rather, he said, he hoped state legislators would investigate and examine the evidence for themselves.

“You shouldn’t decide anything based on what I believe,” said Giuliani on Dec. 2, adding that the evidence presented at the hearing was “just a sample.”

“There’s a plethora of evidence that you can go through that will convince you that this election was stolen,” said Giuliani. “I would ask you to go through that.”