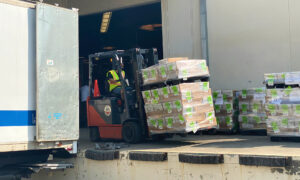 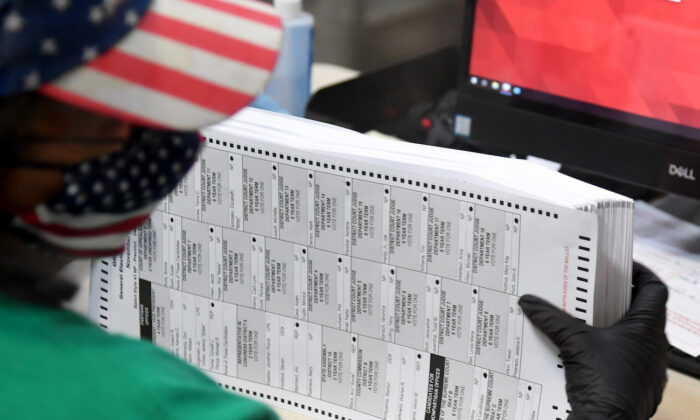 A lawsuit has been filed against prominent California state officials and various registrars of voters, including Registrar of Voters for Orange County Neal Kelley, over what plaintiffs claim were state practices and laws that promoted the casting of illegal or unreliable ballots in the November 2020 election.

The complaint was filed in the U.S. District Court in the Central District of California Jan. 4 on behalf of the Election Integrity Project and 10 California Congressional candidates.

The offices of Padilla, Becerra, Newsom, and the LA Registrar of Voters didn’t immediately respond to requests for comment from The Epoch Times.

The firms behind the lawsuit—Primary Law Group P.C., and co-counsel Tyler & Bursch LLP—allege that multiple clauses in the U.S. Constitution were violated, including the elections clause, equal protection clause, due process clause, and guarantee clause.

“Our Constitutional Republic is founded on the sacred right of every eligible citizen to cast an equal vote to determine who will represent him or her in government,” the lawsuit states.

“Over the past three decades in California, however, these rights have been intentionally eroded by an onslaught of unconstitutional statutes, regulations and executive orders, which, taken together, are designed to create an environment in which elections could be manipulated and eligible voters disenfranchised.”

Kelley told The Epoch Times over the phone that he was not aware of the lawsuit and even if he had been, he would not be discussing the litigation publicly.

Joshua Kroot, partner at Primary Law Group, told The Epoch Times via text message that the policies the lawsuit targets have built up, causing problems for fair elections.

“These policies layer on top of each other so that moving to vote by mail causes more ballots to be sent out that can be harvested, failing to remove ineligible voters does the same thing,” he said. “So the results of [California] elections have been questionable for many years.

“In 2020, though, Padilla implemented emergency regulations that did away with most of the remaining safeguards, and that also violated [California] law. They allowed multiple ballots to be stuffed into a single vote by mail envelope, other pieces of paper besides ballots to be used as ballots, and did away with effective verification of voters’ signatures by presuming them to be valid.”

The lawsuit notes that the expansion of vote-by-mail ballots, whereby they were sent to all registered voters in California’s November 2020 election, allowed ineligible voters to receive live ballots, which were cast fraudulently. These types of voters included the deceased, noncitizens, and nonresidents.

Padilla’s press secretary Sam Mahood previously told The Epoch Times that the state had never intended to send vote-by-mail ballots to every voter.

“The RNC [Republican National Committee] has spent days lying, claiming that vote-by-mail ballots would be mailed to voter registrations that had become ‘inactive.’ Sending vote-by-mail ballots to only active registered voters has been our plan from the beginning and long before the RNC filed this frivolous lawsuit,” Mahood said via email.

Mahood laid out some of the state’s measures to make vote-by-mail ballots secure.

“California elections officials conduct regular voter list maintenance—using death records from the Department of Public Health, felon records, National Change of Address data, and DMV [Department of Motor Vehicles] change of address data. California county elections officials check each and every vote-by-mail ballot that is cast, so even if a ballot was somehow sent to the wrong voter, it would be caught,” he said.

California Attorney General Xavier Becerra said last September that voting by mail has proven to be a reliable method of casting a vote.

“This year and for decades, states and local jurisdictions across the country have shown that voting by mail is safe and effective,” Becerra said in a press release.

“Especially during this pandemic, voting by mail makes sense. The people of Harris County—like voters everywhere—have a right to cast their vote in November and to do it safely.”

The lawsuit alleges that fraud and manipulation are allowed to occur because of the legalized ballot harvesting, evisceration of protections on in-person voting, and failure to comply with laws requiring the maintenance of accurate voter rolls. It argues that these factors, in combination with emergency regulations and executive orders put in place during the pandemic, have allowed fraud and manipulation to occur.

The State of California has 1 million more registered voters than eligible citizens, according to the lawsuit. Registrar Kelley did note that with “things that I’ve seen like that in the past, the data is flawed.”

The lawsuit contains a call to action, asking for an audit to be performed to determine whether any misconduct occurred.

“Due to the imminent possibility of evidence tampering, evidence must be preserved and made available to Plaintiffs’ qualified experts, so that an audit can be conducted to determine the extent and effect of the irregularities and fraud reported,” the press release notes.

Kroot also told The Epoch Times that plaintiffs have collected more than 700 affidavits from election observers documenting irregularities and potential fraud, along with concerns regarding the voting machines that were used in the process.

“We’re asking for the ballots and voting machines to be preserved and audited so that citizens can know what took place in the elections and whether fraud and irregularities reached levels that changed outcomes,” Kroot said.

The lawsuit also says that emergency action is needed ahead of elections scheduled to take place as early as 2021, as they could be similarly affected by the alleged election integrity issues.

According to Kroot, registrars of voters, including Kelley, were chosen when their respective counties showed evidence of potential fraudulent activity.

“Each of the registrars names is from a county in which significant irregularities were observed,” he said. “In many cases, counties also obstructed the legal rights of citizen observers to observe the voting and ballot counting process and ask questions and get answers about it.

“Observers were screened off from watching officials remake ballots, kept outside of counting rooms, placed as far as 50 feet away from ballot processing operations, or denied entry to facilities entirely.”

Primary Law Group said its ultimate goal is to “fix the broken election system in [California] and restore citizens’ power to elect the people and laws that govern them.”