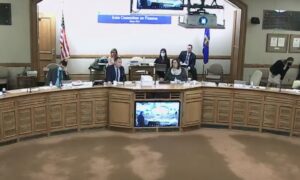 WASHINGTON—Drew Deal from Dallas, Texas, joined thousands gathered in Washington on Dec. 12 to petition the government for fair elections and transparent counting. Similar grassroots protests took place every Saturday since the general election in capitals across the 50 states.

Deal believes, with blessing from God, the good people of America will be victorious in what many see as a battle between good and evil for the soul of the nation.

“I think today marks a rising tide, good people saying ‘let’s remember who we are,'” he said.

“Good versus evil is always behind things,” Deal said. “We’ve been closing our eyes to evil and believing that it’s just so sanitized we just don’t believe it exists; that’s the complacency of American people.”

But people are shaking off that complacency in the wake of the election, he added.