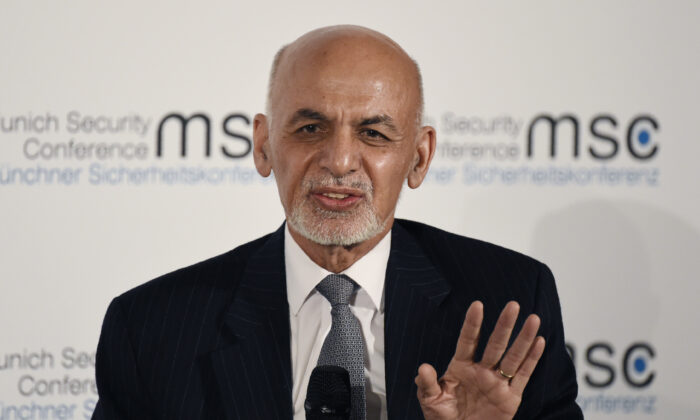 Ghani and Abdullah head a fragile national unity government that was put together under U.S. pressure after both leaders claimed victory in Afghanistan’s 2014 elections.

Election results were repeatedly delayed amid accusations of misconduct and technical problems with counting ballots. The final vote tally was originally to be announced Nov. 7.

Hawa Alam Nuristani, head of the national election commission, said previously that 1.8 million Afghan citizens voted in the election out of some 9.6 million eligible voters.

In Kabul, it was rare to see a crowded polling center. Afghans who had patiently lined up before voting centers were opened, in some locations found that election officials had yet to arrive by opening time.

The election commission tried to launch a ballot recount in November but Abdullah halted the attempt, saying he wouldn’t let his observers participate. Thousands of his supporters rallied against what they said were fake ballots and the controversial recount had seemed set to favor Ghani.

In December, however, Abdullah agreed to allow a ballot recount in provinces where his supporters had stopped the process.

The government’s push to hold the vote in itself had been controversial. In an interview with The Associated Press before the election, former Afghan president Hamid Karzai warned the election could be destabilizing for the country at a time of deep political uncertainty.

Tuesday’s election results came days after U.S. Defense Secretary Mark Esper announced a truce agreement between the United States and the Taliban that could lead to the withdrawal of American troops from the country.

The agreement was expected to be formally announced Sunday and the reduction in violence would begin Monday, according to people familiar with the plan. That would be followed by all-Afghan peace talks that envision the phased withdrawal of U.S. forces over 18 months, ending 18 years of war.

Ghani has been critical of the way U.S. envoy Zalmay Khalilzad has conducted the talks with the Taliban, complaining about being kept in the dark.

He first ran for president in 2009, capturing barely a quarter of the votes. He ran again in 2014 in what was considered a deeply flawed and corrupt exercise.

Ghani, from central Logar province, was born May 19, 1949. He holds a doctorate in anthropology from Columbia University and first went to the United States as a high school exchange student.

Except for a brief teaching stint at Kabul University in the early 1970s, Ghani lived in the United States, where he was an academic until joining the World Bank as a senior adviser in 1991.

Ghani returned to Afghanistan after 24 years when the Taliban were ousted by the U.S.-led coalition. He was head of Kabul University until he joined President Hamid Karzai’s government as finance minister. In 2010 he led the lengthy process to transfer security of the country from U.S.-led coalition forces to the Afghanistan National Security Forces, which took effect in 2014.

By Tameem Akhgar and Rahim Faiez