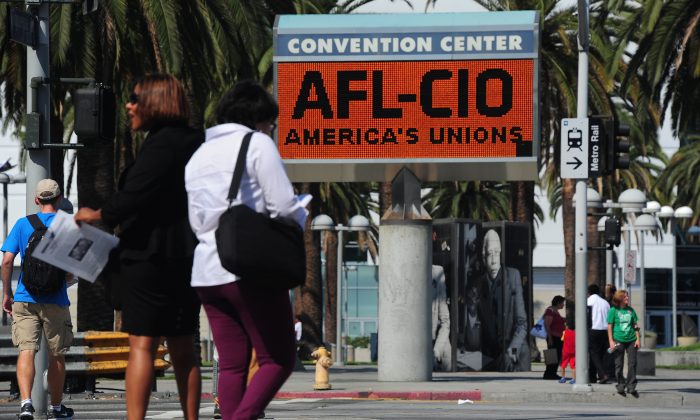 Voter discontent will likely give the GOP control of the Senate, but Americans quickly will become as disenchanted with the new ruling party on Capitol Hill.

Paychecks are stagnant and health care and many other things too expensive, but Americans won’t accept what fixing those problems requires and then pressure politicians to act.

The United States manages globalization badly. It has opened markets to cheap imports, while China and other Asian nations maintain high barriers to competitive U.S. exports. Washington has not compelled reciprocity through specific actions to sustain American jobs.

The United States could produce all the energy it needs, but unnecessary restrictions on offshore drilling cynically shift environmental risks onto third-world countries where oil is tougher to extract.

Americans can’t seem to accept that putting everyone to work—and most folks getting higher pay—would more than offset paying a bit extra for a coffee table or cellphone. Hence, Obama and the GOP do no more than talk about these problems.

Large organizations once employed batteries of white-collar workers. Many were liberal arts college graduates having no great skill in finance or management. Essentially, they implemented the policies, plans, and requirements of more senior, skilled decision makers.

In the private sector, computers and software have eliminated many of those jobs, but Americans keep sending about half of graduating high school seniors to college—mostly where they take global studies, psychology, and the like—and many end up jobless, underemployed and terribly in debt.

Yet, vast new opportunities for folks with a technical high school diploma or a few additional years of training in information technology, manufacturing, and other technical specialties go unfilled.

Colleges need a diet—fewer students and a lot less money for bureaucrats—and both need to be redirected into a new system of vocational education. Most young people would spend fewer years in school, get better jobs, and have less debt, but parents won’t accept that most children should not go to college and politicians don’t act.

Health care in America is far from the best in the world. The Germans and Dutch have mandatory insurance systems, pay a third less for medical expenses overall, are healthier and face fewer hassles seeing a doctor. Republicans keep preaching vouchers and competition, and “Obamacare” imposes a new IRS-like tyrant into American life.

Voters are all too willing to believe the ill-reasoning of politicians from one party or the other, then get frustrated when things don’t get better, only more expensive.

Until voters recognize the inferior quality of American health care and demand that American performance and prices are benchmarked to superior northern-European systems, things are not going to get better.

State and municipal governments have amassed huge union-card-carrying bureaucracies. Voters have let these modern mandarins make everything from keeping a car to simply putting up a backyard deck become a mindless morass of regulations, paperwork, inspections, and compliance—and it’s all terribly expensive.

Until state and municipal unions are junked—or at least civilized—things are simply not going to get better. But saying and acting on the problem puts politicians like Wisconsin Gov. Scott Walker at great risk of losing their jobs.

Americans are correct to demand change, but at all levels the parade of incompetence will continue until Americans reckon with the changes they need to accept.