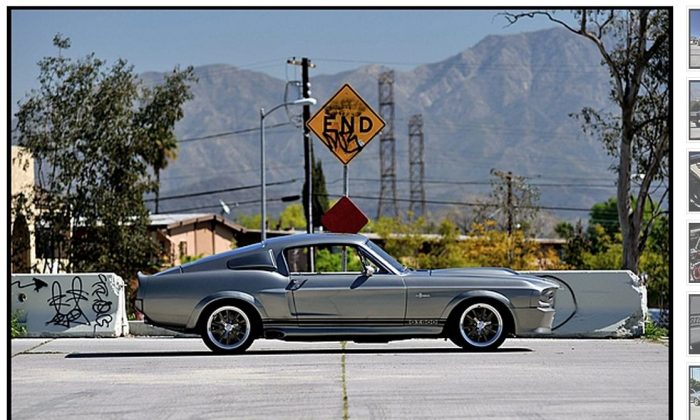 A screenshot of Mecum Auction's website shows the Mustang.
Autos

The 1967 Ford Mustang, otherwise known as the “Eleanor Mustang” used in “Gone in 60 Seconds,” was sold more $1 million at an auction.

The Mustang was driven by Nicholas Cage during the 2000 movie.

It fetched the seven-figure sale at the Mecum Indianapolis auction last week, according to its Twitter account. “SOLD SOLD SOLD,” the auction house tweeted.

The Mustang that was sold was used in close-ups, posters, and promotional materials, according to Jalopnik.com. There were a number of mustangs that were used to portray “Eleanor” throughout the movie.

“The builders were able to mock up Eleanor’s body pieces on a Mustang using clay and wood. Molds were then made to produce a new fiberglass front end filled with high-powered PIAA driving lights, new fender flares, side skirts and scoops, hood and trunk lid,” Mecum said.